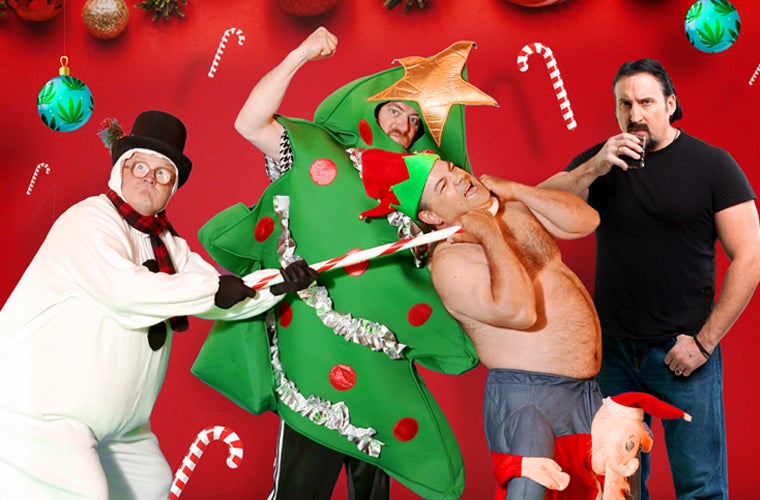 with special guest Terry from FUBAR

Due to unforeseen circumstances involving the health of an integral member of the touring party, the 20th Anniversary Sunnyvale Xmas Tour is canceled. "Well our Christmas plans have gone to crap. Everything’s going to be ok, but we had to make one of the hardest decisions today and cancel the tour. We want to say sorry to all of you and it's basically all Randy's fault... not really, but we feel better saying that. We will come back and get drunk and high with all of you. We love you guys.”

All tickets purchased directly through Ticketmaster will be automatically refunded. Due to the unprecedented volume of cancellations, please note that you should expect to receive your refund in as early as 30 days.

As part of a year-long celebration of their 20th anniversary, Ricky, Julian, Bubbles, and Randy are hitting the road this holiday season for a Xmas extravaganza!

With Bubbles looking to spread some genuine, good-old fashioned holiday cheer, Julian greasily trying to capitalize on the audience’s festive spirit, and Ricky and Randy’s all-out war raging into its third decade, it's a guaranteed evening of reckless debauchery. Addressing the ongoing global crisis, Julian said, "I know times have been tough, but you should bring some extra money to the show.”

Joining the boys on tour for the first time is iconic Canadian burnout (and Ricky's cell mate), Terry from FUBAR! Spend an evening with the boys for a Christmas show you’ll never forget...or maybe you will.