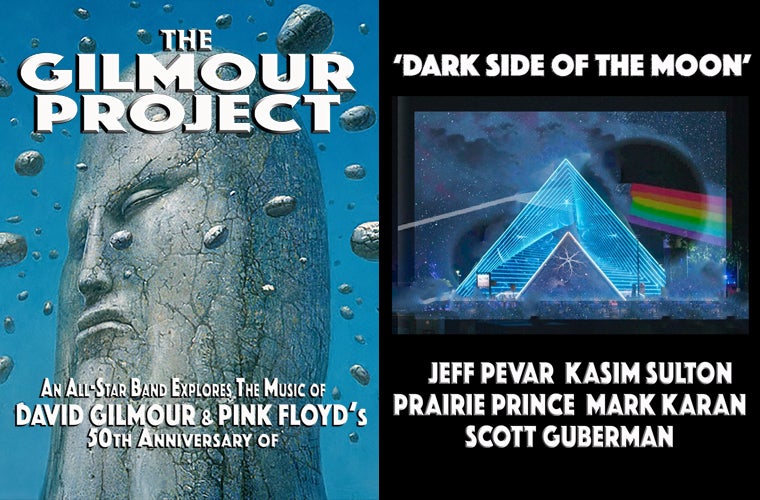 50th Anniversary of Dark Side Of The Moon

The Gilmour Project’s 2022 tour dates honor the 50th Anniversary of Dark Side of the Moon: A Piece for Assorted Lunatics, which Pink Floyd first performed in 1972. The 3-hour concert will encompass two sets, one being Dark Side of The Moon in its entirety, and the other offering a wide repertoire of classic Pink Floyd and David Gilmour selections.

The Pink Floyd songs that compel exploration and improvisation are mainly Gilmour’s, performed by an acclaimed all-star band whose background is both prog(ressive) improvisational; and is the only band since Blue Floyd in 2000, endeavoring to take these songs ‘OUT,’ speaking in jazz protocol, without disregarding the cherished classic hooks, licks and musical phrases.

Blue Floyd was formed in January 2000, at the dawn of the 21st Century, taking full advantage of the then ‘new’ thing they called social media. A conglomeration of top-notch players from other bands came together to spread this music marked by the use of philosophical lyrics, sonic experimentation, and elaborate live shows. The improvisational ‘jam gestalt’ of the legendary Blue Floyd, which both Pevar and Prince performed with, matched with Pink Floyd deep tracks, hits and fan favorites, including solo Gilmour gems, and accompanied by ‘Floydian’ audio FX from Paul Simon producer ‘The Duke of New York’ (Graceland – The Remixes) gives you none other than The Gilmour Project.

*David Gilmour will not be performing at this event.