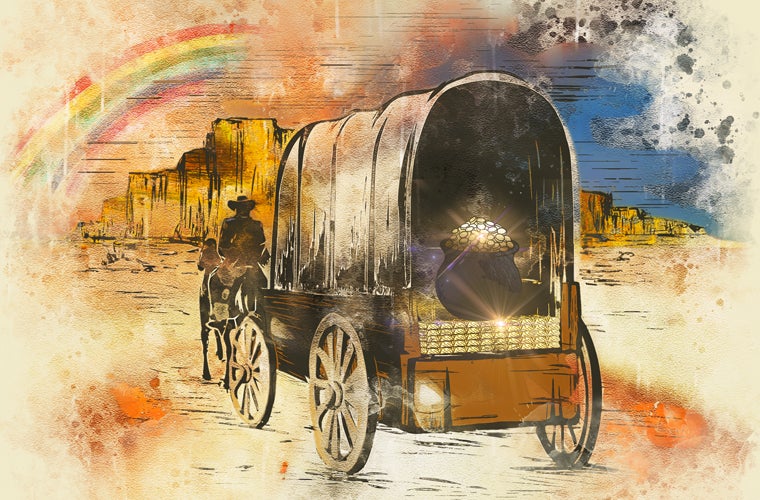 with special guests The Georgia Thunderbolts

"Five decades of The Marshall Tucker Band ... sometimes it’s still hard to understand,” says MTB lead singer Doug Gray. "We are just regular people. The fans have given us so many special moments over these 50 years. I’m so proud of our band."

In 1972, original members Toy Caldwell, Tommy Caldwell, Doug Gray, Jerry Eubanks, George McCorkle and Paul Riddle came together in Spartanburg, S.C. to form a southern rock band. They knew they had the magic for something that could reach people well beyond the South Carolina state line. They had the sound, the look, and the camaraderie. Problem was, they didn’t have a name. One day while rehearsing in a local warehouse, they came across a key ring with the inscription, ‘Marshall Tucker.’ It belonged to a blind piano tuner who resided in Spartanburg. It was this fated discovery that inspired the band's moniker, and in that moment, The Marshall Tucker Band was born.

"I'm really looking forward to joining the 50th anniversary celebration of this extraordinary band,” says Mason. "I’ve been waiting to get back on the road, and this is quite the opportunity to bring great music to everybody, everywhere."

"Our special songs, guided by the lyrics of Toy Caldwell, have given us a deep emotional connection with our fans and friends,” adds Gray. "We love you all and can’t wait to see you on the road in 2022.”

The tour officially kicks-off on Jan. 12 at the Dosey Doe in The Woodlands, TX.

Off the beaten path, beyond the hills, and tucked out of sight, creativity flourishes.

Whether it be on the banks of the Mississippi River or deep in the heart of the English countryside, rock 'n' roll lives, breathes, and burns on the outskirts. Hailing from Rome, GA, at the foothills of the Appalachian Mountains, The Georgia Thunderbolts rise up with a scorching signature style steeped in soulful southern swagger. On, Can We Get A Witness, their full-length debut for Mascot Records, the quintet—TJ Lyle [vocals, harp, piano], Riley Couzzourt [guitar], Logan Tolbert [guitar], Zach Everett [bass, keys], and Bristol Perry [drums]—conjure a tried-and-true spirit through a fresh fire.

🎶Adventures in oboe soloing🎶 ASO Principal Oboe Elizabeth Koch Tiscione has also been a concerto soloist with the Orchestra many times—and she's seen some things! Here, she recounts one particularly page-turning experience with Vice President and General Manager Sameed Afghani. Watch the full interview and enjoy her performance of Alessandro Marcello's Oboe Concerto, now part of our Behind the Curtain virtual concert series. Access is free for season subscribers. Not a subscriber? Watch with a Virtual Membership → aso.org/BTC. . . . #lovemyaso #atlantasymphony #atlantasymphonyorchestra #oboe #oboists #oboistsofinstagram #concerto #orchestra @elizabethmtiscione
IN UNISON is the Atlanta Symphony Orchestra's membership program celebrating the LGBTQ+ community. The 2022/23 season includes four networking events paired with ASO concerts, all for just $175. You'll also receive other great benefits ranging from complimentary tickets to virtual concert access. Membership opens July 18. Details at aso.org/unison
Tickets for opening weekend of the 2022/23 season, featuring pianist Emanuel Ax, are on sale now! Join us in Symphony Hall September 22 & 24. Tickets and info at link in bio. . . . #lovemyaso #atlantasymphony #atlantasymphonyorchestra #emanuelax #piano #orchestra #classicalmusic #thingstodoinatlanta
Such a beautiful night in @piedmontpark! #lovemyaso
Calling all ASO fans: we have ASO …fans! Come and join us at @piedmontpark tonight at 7:30 for a wonderful concert of movie music and grab yours. Concert details at link in bio.
Today, as we recognize Juneteenth, we pause to reflect and educate ourselves on the significance of this day in history and the work that remains before us in achieving equality.
Take a journey to the North Pole with the ASO on November 26 & 27 🚂! The Polar Express in Concert goes on sale today! #PolarExpressInConcert @polarinconcert
The skies are starting to clear up, and we'll see you at 7:30 in @piedmontpark!
The Atlanta Symphony Orchestra is planning to perform in @piedmontpark on Wednesday, June 15, at 7:30 pm. We are monitoring the weather in case of storms, and any updates will be posted on our social media channels and at aso.org/Piedmont.
Attention Mahler fans! You have options for enjoying our performance of his Third Symphony this weekend: 🏛 In Symphony Hall on June 9, 11 & 12 💻 From the comfort of your home on June 11 at 8pm with a free livestream on aso.org, Facebook or YouTube. 🌳 Outside the @woodruffartscenter on June 11 at 8pm via a free livestream watch party on Carroll Slater Sifly Piazza. You won't want to miss this powerful performance with Robert Spano leading the ASO, the women of the ASO Chorus, Kelley O'Connor, mezzo-soprano, and the Georgia Boy Choir. Details at link in bio. . . . #lovemyaso #atlantasymphony #atlantasymphonyorchestra #livestreamedconcert #livestreamconcert #thingstodoinatlanta @kelleymo @georgiaboychoir
We're just one week away from kicking off the ASO's summertime Concerts in the Park, presented by the Charles Loridans Foundation, Inc. and @pncbank.🌳🎶 Join us at@piedmontpark's Oak Hill at 7:30pm on Wednesday, June 15, and Wednesday, June 22, for free outdoor concerts. If you've never been to one of these magical, musical evenings under the stars, here's a video preview! For more details, visit aso.org/Piedmont. . . . #lovemyaso #atlantasymphony #atlantasymphonyorchestra #piedmontpark #midtownatl #thingstodoinatlanta
This week, we celebrate more than two decades under Robert Spano's leadership and congratulate him on his new title of Music Director Laureate. We hope you will join us in thanking Maestro Spano for his incredible impact and legacy as he takes the podium on June 9, 11 & 12 for our 2021/22 season finale: Mahler's monumental Third Symphony. Tickets and info at link in bio.
The Atlanta Symphony Orchestra is proud to announce the world premiere of R.E.M. Explored! This symphonic event opens with selections from R.E.M.’s legendary playlist newly reimagined for orchestra and concludes with R.E.M.’s Mike Mills performing his eponymous Concerto for Violin, Rock Band and Orchestra alongside Grammy-nominated violinist Robert McDuffie. The ASO will be led by Conductor Sarah Hicks with two performances on Friday, September 30 and Saturday, October 1 at Symphony Hall. Tickets become available this Friday at 10:00 AM.
The end of the 2021/22 ASO season gives us the opportunity to thank six long-time musicians for their combined 281 years of bringing joy to Atlanta, and indeed the world, through their music. We celebrate the careers of Laura Ardan, Sharon Berenson, Ronda Respess, Dona Vellek, Paul Warner and Bill Wilder as they leave our stage, but not our family, for their retirements. . . . #lovemyaso #atlantasymphonyorchestra #atlantasymphony
ASO Concertmaster David Coucheron tells Video Director Hilan Warshaw about playing the title character in Rimsky-Korsakov's "Scheherazade," an orchestral retelling of the classic collection of stories known as "One Thousand and One Nights." Watch the full interview plus David's incredible performance with the ASO under the baton of Robert Spano, just released on the Behind the Curtain virtual concert series. Access is free for season subscribers. Not a subscriber? Watch with a Virtual Membership → aso.org/BTC.
Happy #PrideMonth from the Atlanta Symphony Orchestra!
We are so grateful to a generous anonymous donor who pledged a matching gift challenge that will match all new and increased Annual Fund gifts made by midnight tonight. 🕛  We hope you will take advantage of this wonderful opportunity, because when your gift is matched, it will go twice as far in supporting the music of the Atlanta Symphony Orchestra. aso.org/donate-today
The Orchestra's fiscal year ends Tuesday, but there is still time to support the music you love. And, thanks to a generous anonymous donor, all new and increased gifts made to the Annual Fund will be matched when you give by May 31.   Your contribution will help us engage families, expand education programs, and pursue greater artistic excellence. aso.org/donate-today
The city of Atlanta has a rich arts history, and it also has a rich history of civil rights activism. Throughout the city, you can find wonderful street art, such as this mural, “We Shall Always March Ahead”, by @artofyungai. It is important to celebrate these civil rights legends, but it is also important to continue the fight for equality. Take some time to explore the rich history of the city and the beautiful street art that surrounds us. #RalphDavidAbernathy #HoseaWilliams #MartinLutherKingJr. #CorettaScottKing #JohnLewis #StreetArt #Mural #WeShallAlwaysMarchAhead #lovemyASO #AtlantaSymphonyOrchestra #Atlanta #weloveATL #AtlantaMusic #ExploreAtl #ExploreGeorgia #ClassicalMusic #singer #symphony #orchestra