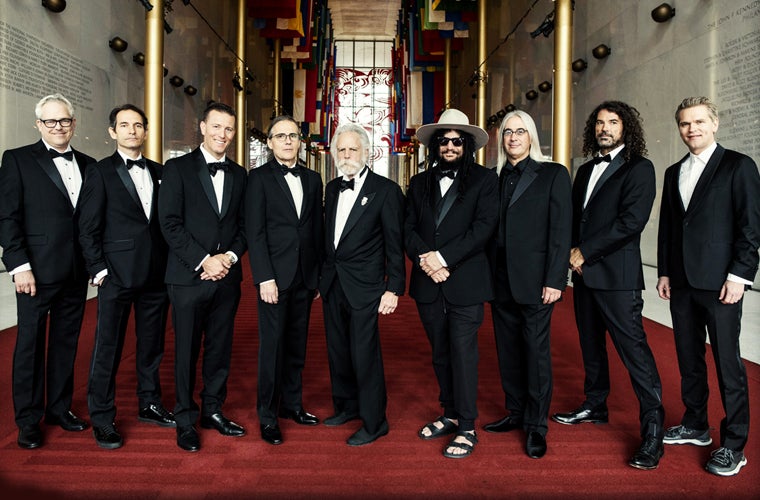 “Like all of what we do, this is a work in progress,” says Weir. “We’re working up more songs, and many sections will be rendered differently. Basically, this is what we were imagining when we were playin’ these back when—and yet, there’s still room for imagination—and that’s where we’ll go next with it...”

The band will once again be joined by The Wolfpack, a string and brass quintet which brings a thrilling orchestral element to the music and features Alex Kelly, Brian Switzer, Adam Theis, Mads Tolling and Sheldon Brown along with Barry Sless on pedal steel. Each night a completely unique set featuring hits from the expansive Grateful Dead catalogue, Bobby’s solo albums, and more will be performed. Original orchestration will be provided by Stanford professor Dr. Giancarlo Aquilanti.

Bobby Weir & Wolf Bros featuring The Wolfpack 2022 fall tour kicked off September 30 at Waterbury, CT’s Palace Theater with stops in 13 cities which included three sold out nights at San Francisco’s The Warfield in celebration of Weir’s 75th birthday and concluded with two sold out nights at Denver’s The Mission Ballroom.