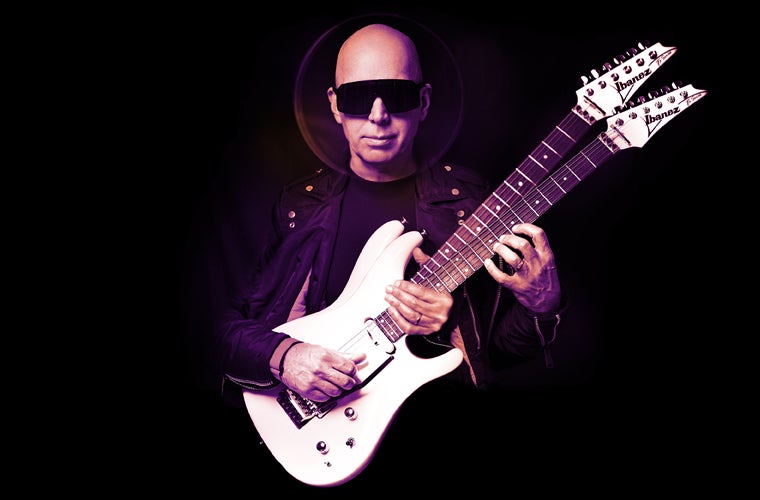 Hey fans, get your tickets to an exclusive pre-show VIP Q&A session with Joe Satriani.  Limited seating. Take advantage of this rare opportunity to participate in a free flowing discussion with Joe. Price includes an autographed tour poster and Joe autographing one of your personal items.  Session takes place one hour before doors open at the venue.  You must purchase a concert ticket in order to purchase this VIP ticket and have both with you to attend this event. COVID safety guidelines will be enforced.  All attendees to and during this event must wear a face mask.

World-renowned guitar virtuoso, Joe Satriani has announced that his Earth 2022-Tour 2023 will make a stop at Atlanta Symphony Hall on November 7, 2022. Tickets for Joe Satriani: Earth Tour 2022-2023 go on sale this Friday, April 1 at 10am at Ticketmaster.com.

After being forced to postpone numerous tour dates over the last two years, Joe Satriani is more than ready to get back to live shows and playing for his legions of fans across the world. The U.S. leg of his worldwide tour will start on September 21, 2022 in Riverside, CA and continue through November 19 with a final date in the States in Dallas, TX. Satriani will then head over to Europe for rescheduled shows in early 2023.

Satriani is set to release his 19th studio album, The Elephants of Mars, worldwide on April 8, 2022 via earMusic.

The guitarist challenged himself to create a “new standard” for instrumental guitar albums to be measured against, one which would work from “a new platform of his own design,” as he terms it. “I want to show people that the instrumental guitar album can contain far more complexity of creative elements than I think people are using right now.”Satriani and his touring band, all recording remotely in separate areas of the world during lockdown, answered that challenge in spades. The Elephants of Mars crackles with an exciting new energy, briskly traveling through stylistic roads that feel freshly updated, viewed through new eyes. It’s one that, thanks to the pandemic and no constraints, truly represents the album that Satriani himself hoped he could deliver with his band. “We did everything. We tried the craziest ideas. And we entertained every notion we had about turning something backwards, upside down, seeing what could happen.”