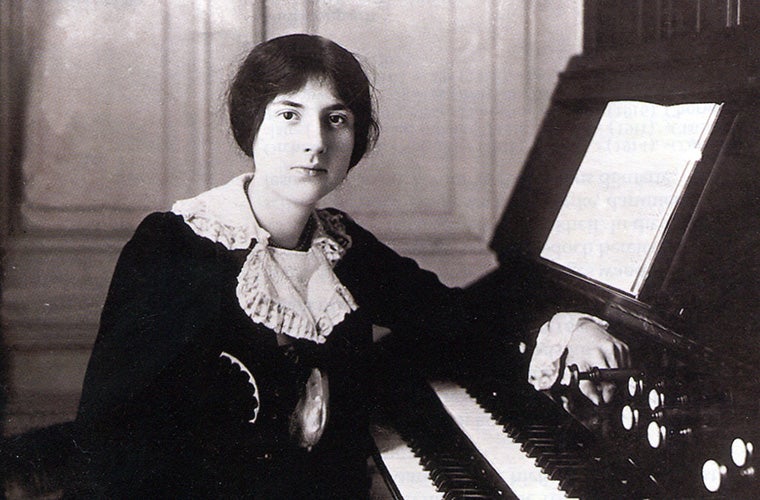 Lili Boulanger was born in 1893 in Paris, France to a musical family. Her mother, father, and sister Nadia were all trained composers or performers. When her father, Ernest, was only 20, he won the Prix de Rome. This coveted prize, which provided a year's study in Rome, was the greatest recognition a young French composer could attain. Other winners of this prestigious award include Hector Berlioz, Gabriel Fauré, and Claude Debussy. Ernest Boulanger was 62 when he married a Russian princess. He was 72 years old when Nadia was born and 79 when Lili was born. He died when both children were still young. Lili's immense talent was recognized early on, and at the age of 2 she began receiving musical training from her mom and eventually her older sister.

In 1895 she contracted bronchial pneumonia, after which she was constantly ill. Because of her frail health, she relied entirely on private study since she was too weak to obtain a full music education at the Conservatoire.

In 1913, Lili became the first woman to win the Prix de Rome for her Cantata Faust et Helene at the age of 20, the same age her father was when he won this award. Her phenomenal success made international headlines. Due to her quick rise to fame, she signed a contract with Ricordi that offered her an annual income in return for the right of first refusal on publication of her compositions. While in Rome, she finished several compositions including the song cycle, Clairières dans le ciel. Her study in Rome was cut short by the outbreak of World War I. Upon her return to Paris, she founded an organization which offered material and moral support to musicians fighting in the war.

In 1916 she returned to Rome to finish her study and began working on her five-act opera La princesse Maleine, as well as her large-scale settings of Psalms 129 and 130. This time a rapid decline in her health forced her to leave Rome and return to France. In the final two years of her life she concentrated her energy on finishing the compositions she had begun in Rome.

During her short life, she wrote many beautiful and complexly constructed pieces, including an unfinished opera. She had to dictate her last work, a Pie Jesu, to Nadia, because she was too weak to write. Lili Boulanger died of tuberculosis at the age of 25.