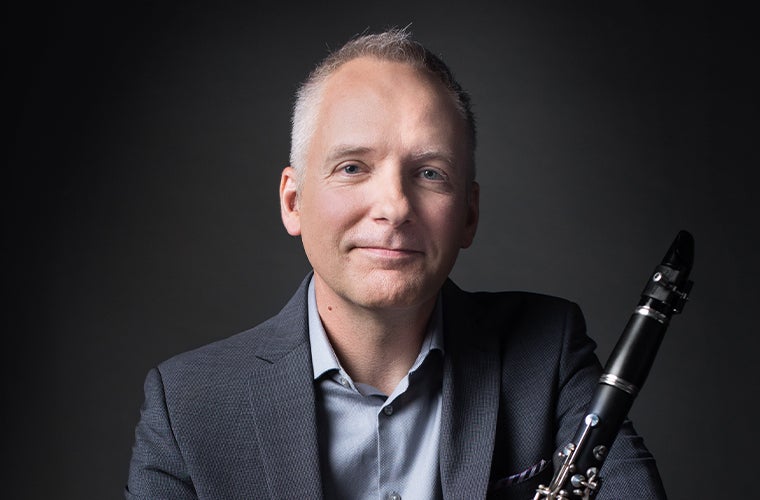 He attended the Eastman School of Music, where he studied with Stanley Hasty and Charles Neidich, earning a bachelor's degree and performer's certificate. While at Eastman, he performed with the Rochester Philharmonic and the Rochester Chamber Orchestra and was also active as a saxophonist in the school's jazz program as a member of the award-winning Eastman Jazz Ensemble.

Why did you choose your instrument?
My parents got me an Irish Whistle in first grade, and I played that all the time with the tablature book it came with. Then I got a recorder, which looks similar but has different fingerings, and enjoyed that too. When my school started offering a band program in the sixth grade, I chose the instrument that I thought looked the most like those—the clarinet.

What's the most interesting or difficult facet of your instrument?
Reeds! I make them, and although I try to bend them to my will, they all have an individual voice and their own possibilities.

What do you do in your free time outside of work?
I like to bicycle and read, and in addition to family time at home, I enjoy yard projects, gardening, and building things instead of buying whenever I can.

Earliest musical memory?
My mom singing to me.