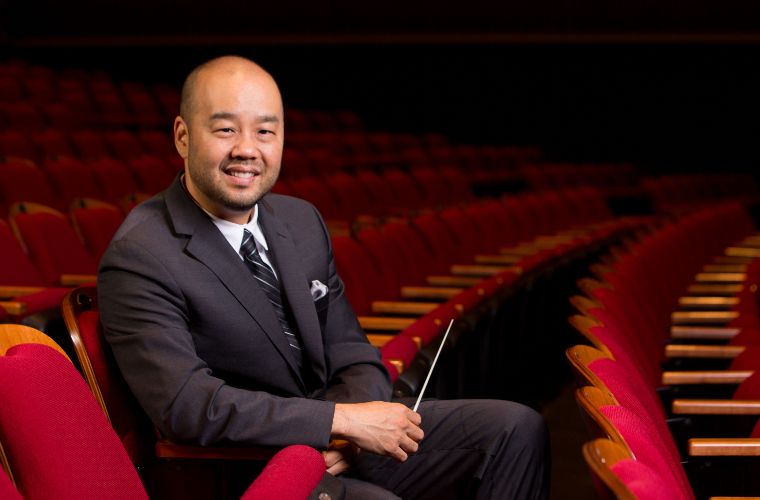 Home About the ASO Lawrence Loh

Lawrence Loh is Music Director of Symphoria (Syracuse, NY) and the West Virginia Symphony. Loh concluded his 12-year tenure as Music Director of the Northeastern Pennsylvania Philharmonic in 2017. Loh’s had a decade-plus association with the Pittsburgh Symphony Orchestra where he currently leads annual pops and other select programs.

Having a particular affinity for pops programming, Lawrence Loh has been engaged for repeat performances with Chris Botti, Idina Menzel, Ann Hampton Callaway, the Texas Tenors and more. He has assisted John Williams on multiple occasions and conducted numerous sold out John Williams tribute concerts. He is particularly adept at conducting concerts synchronizing live orchestral music with film and has led Star Wars Ep. IV & V, Jaws, Pixar in Concert, Disney in Concert, Wizard of Oz, Casablanca and Singin’ in the Rain among others.

Lawrence Loh was born in southern California of Korean parentage and raised in Carlisle, Pennsylvania. He and his wife Jennifer have a son, Charlie, and a daughter, Hilary. Follow him on instagram @conductorlarryloh or twitter @lawrenceloh or visit his website www.lawrenceloh.com.