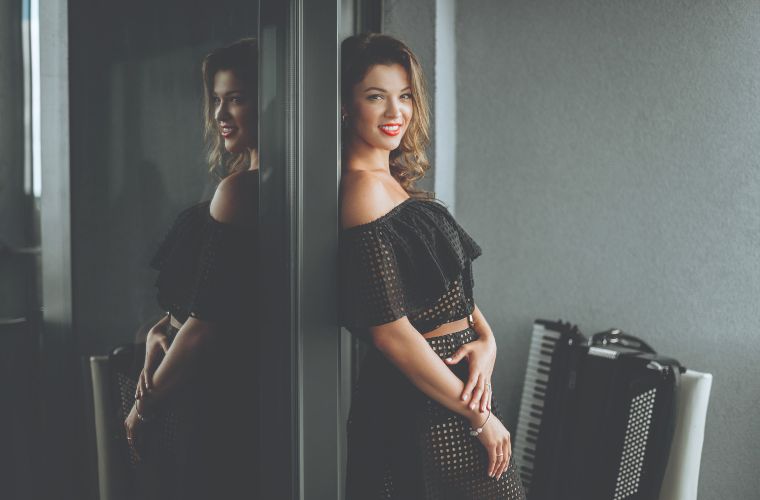 Home About the ASO Ksenija Sidorova

Praised as “revelatory” (New York Times) with “breathtaking virtuosity” (The Observer), Ksenija Sidorova is the leading ambassador for the classical accordion. Both a unique and charismatic performer, Ksenija is passionate about showcasing the vast capabilities of her instrument. Her repertoire spans from Bach to Piazzolla, from Efrem Podgaits and Václav Trojan, to Erkki-Sven Tüür and George Bizet, as well as new accordion concertos composed especially for her, plus a multitude of chamber projects.

In the 2020/21 season, Ksenija will perform with – amongst others - Deutsche Kammerphilharmonie Bremen (Paavo Järvi), National Orchestra of Belgium (Aziz Shokhakimov), on tour in France with Orchestre National d’Ile de France (Mihhail Gerts), and on a European tour with Münchener Kammerorchester and MILOŠ in celebration of Piazzolla’s centenary. She will continue her collaboration with artistic colleagues, touring with Avi Avital for appearances including Wigmore Hall and at the Bodensee Festival; and with Camille Thomas performing in KKL, Lucerne. Ksenija will also perform a solo recital programme in Carnegie Hall, Princeton, and Library of Congress, Washington.

Ksenija will release her next album in 2021. This follows her previous successful releases: Classical Accordion (Champs Hill Records, 2011); Fairy Tales (Champs Hill Records, 2013) recorded with BBC National Orchestra of Wales/Clark Rundel; and Carmen (Deutsche Grammophon, 2016) - a new take on the score - recorded with the Nuevo Mundo band and the Borusan Istanbul Philharmonic Orchestra/Sascha Goetzel. For the latter, Ksenija won the ECHO prize for Instrumentalist of the Year in 2017.

Encouraged to take up the instrument by her grandmother steeped in the folk tradition of accordion playing, Ksenija started to play the instrument aged six under the guidance of Marija Gasele in her hometown of Riga. Her quest for more exposure to both classical and contemporary repertoire took her to London where she became a prize-winning undergraduate and postgraduate at the Royal Academy of Music studying under Owen Murray.

In May 2012 she became the first International Award winner of the Bryn Terfel Foundation, and in October 2015 she appeared at the Royal Albert Hall as part of his 50th birthday celebrations alongside Sting. She is a recipient of both the Philharmonia Orchestra’s Martin Musical Scholarship and Friends of the Philharmonia Award, as well as the Worshipful Company of Musicians Silver Medal. Since 2016, Ksenija has been an Associate of the Royal Academy of Music. 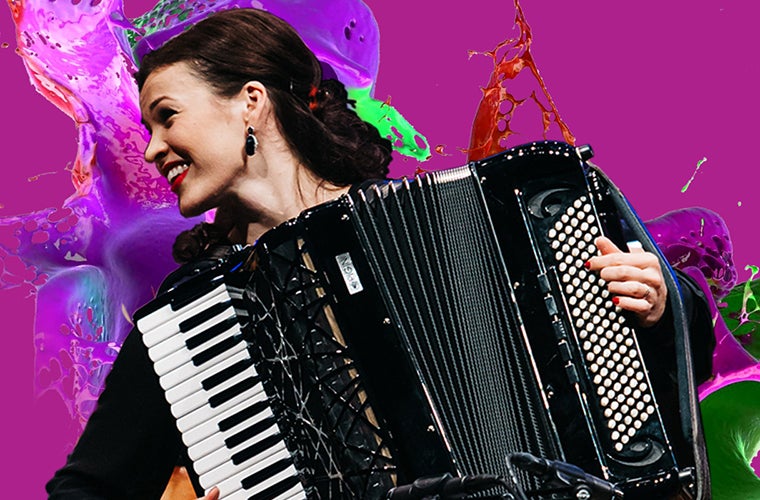