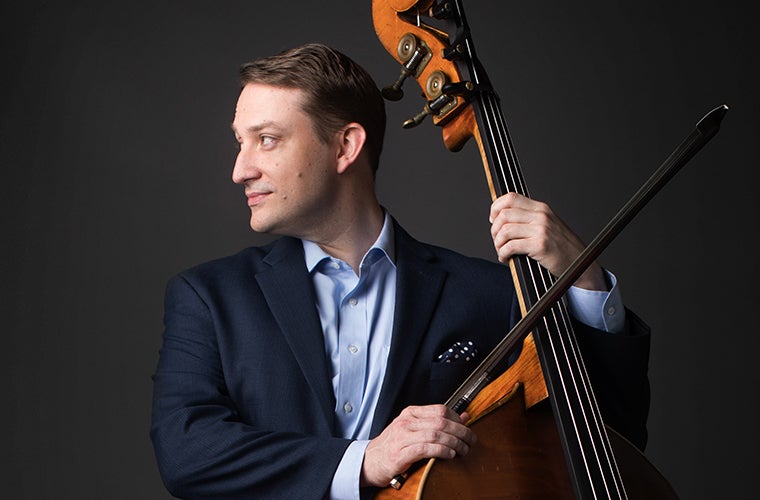 Bassist Karl Fenner joined the Atlanta Symphony Orchestra in January 2016. A native of Houston, TX, he received his Bachelor of Music degree from the Cleveland Institute of Music, studying with Max Dimoff, and his Master of Music Degree from Rice University, with teachers Tim Pitts and Paul Ellison. Other teachers include, Albert Laszlo, Ken Harper, Dennis Whittaker, Sandor Ostlund, and Robert Stiles. Further training has included summers as a fellowship student at the Tanglewood Music Center and Aspen Music Festivals, in addition to the National Repertory Orchestra, Music Academy of the West, Spoleto USA and the Festival-Institute at Round Top.

Fenner joined the Colorado Symphony in 2008, serving as both section and principal bass. Prior to moving to Colorado, Fenner was a member of the New World Symphony in Miami Beach, FL. He has also spent time in the Canton Symphony in Canton, OH, and as a substitute musician with both the San Antonio and Houston Symphonies. As a recitalist, Fenner performed at the International Society of Bassists convention in 2013.

What's the most interesting or difficult facet of your instrument?
Truly playing fortissimo. The double Bass is the mezzo forte instrument of the world.

What do you do in your free time outside of work?
I love to read, go for runs, workout, experience nature, and drink coffee

Earliest musical memory?
When I was little my brother and I would dance to jazz my dad was playing on the stereo.

Most memorable/favorite ASO memory or moment?
When I played very loudly in a hole during the 4th movement of Tchaik 4. It was embarrassing but I’m happy I did it in tune with a heroic tone.