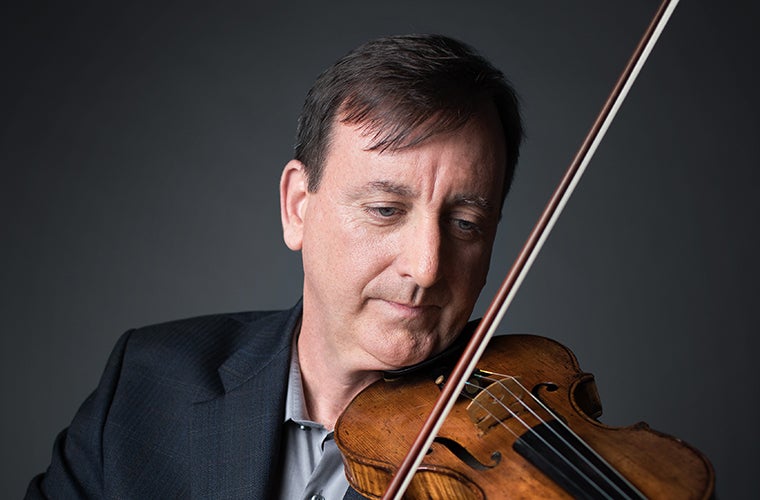 John Meisner has been a member of the first violin section of the Atlanta Symphony Orchestra (ASO) since 2000.

From 1991-1996, Mr. Meisner performed in chamber music concerts throughout the United States as a member of the Harrington String Quartet in residence at West Texas A&M University. During this period, he also performed as Concertmaster and soloist with the Amarillo Symphony Orchestra. Additionally, he has held positions with the orchestras of Denver, St. Louis, and Ft. Worth.

Since joining the ASO, Mr. Meisner has been an active participant in the Atlanta chamber music scene. He is a founding member of the Peachtree String Quartet and has also performed frequently with the Atlanta Chamber Players, including concerts at Clayton State University’s prestigious Spivey Hall. Past summer activities have included participation at the Eastern Music Festival in Greensboro, NC, and the New Hampshire Music Festival in Plymouth, NH. Currently, Mr. Meisner performs at the Wintergreen Summer Music Festival in Virginia.

What do you do in your free time outside of work?
Study foreign languages. French/Italian Travel when possible.

Earliest musical hero?
Nathan Milstein. One of my favorite violinists.

Earliest musical memory?
Probably music from the Beatles. "Beatlemania" swept the country when I was a young child.

What is your post-concert routine?
Just a late-night snack and then sleep.