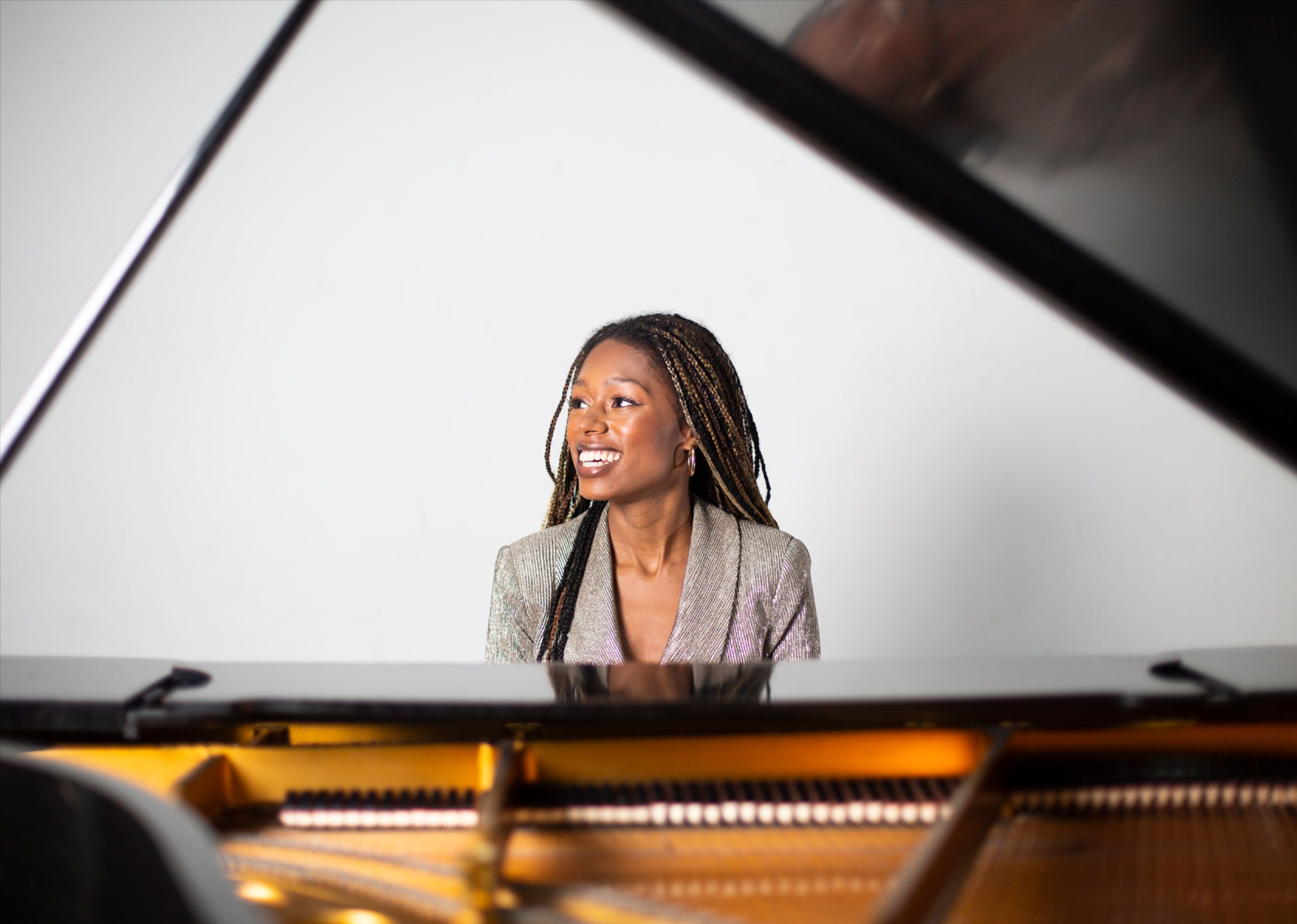 Home About the ASO Isata Kanneh-Mason

Isata Kanneh-Mason’s debut album, Romance, drew popular and critical acclaim, entering the UK classical charts at No. 1 when it was released in July 2019 and leading Gramophone magazine to extol the recording as “one of the most charming and engaging debuts” and Classic FM to praise Isata as “a player of considerable talent”. Isata recorded the all-Clara Schumann disc for Decca Classics as an homage to the composer and pianist in the year of what would have been her 200th birthday, selecting works from across her compositional output including solo piano pieces, a sonata, chamber music with violinist Elena Urioste, transcriptions of two of her husband Robert’s songs, and the piano concerto, which she recorded with the Royal Liverpool Philharmonic Orchestra and conductor Holly Mathieson.

Since her studies with Joanna MacGregor and Carole Presland at London’s Royal Academy of Music, Isata Kanneh-Mason has embarked on a successful and increasingly busy concert career as a solo artist, with concerto appearances, solo recitals and chamber concerts throughout the UK and abroad.  She also continues to perform with her siblings, including regular duo recitals with her brother, the cellist, Sheku Kanneh-Mason.  Recent highlights include appearances at the Edinburgh Festival, Wigmore Hall, London, Théâtre des Champs Elysées, Paris, Teatro della Pergola, Florence, and an extensive ten-city North American tour, including their debut recital at New York’s Carnegie Hall and a return to the Vancouver Recital Society.

Isata has also performed in the Portland Piano Series in Oregon, the Barbican Centre’s Sound Unbound festival, The Color of Music Festival in South Carolina, at the Edinburgh, Cheltenham, and Bath festivals, the Snape Proms, the Musikfestspiele Saar, and in venues from Antigua and the Cayman Islands, to Perth. During the UK’s Covid-19 lockdown in spring 2020, she and her siblings performed in twice-weekly livestreams from their family home in Nottingham to audiences of thousands around the globe.  Isata’s rendition of the first movement of Beethoven’s third piano concerto accompanied by a chamber ensemble comprised of her brothers and sisters garnered over one million views. Future live performances include at the Kissinger KlavierOlymp, BBC Radio 3’s Wigmore lunchtime concert series, the Salzburg Mozarteum, Klavier Festival Ruhr, the Kimmel Center Philadelphia, and with the Sarasota, Gothenburg Symphony, Hallé, Johannesburg Philharmonic, KwaZulu Natal Philharmonic, and Paris Mozart orchestras. From the 20/21 season, Isata will become Young Artist in Residence with the Royal Liverpool Philharmonic Orchestra.

Isata reached her category final in the 2014 BBC Young Musician competition, winning the Walter Todds Bursary for the most promising musician. She has since performed several times on television and radio, including on BBC Radio 3 In Tune, the South Bank Sky Arts Awards, The Andrew Marr Show, the Radio 3 RPS Awards, BBC2 Proms Extra, Radio 4 Front Row and Woman's Hour, Al Jazeera TV, BBC World Service, Channel 4, The One Show, ITV Born To Shine, BBC2 Classroom Heroes, and a feature for CBS Sunday Morning. Isata made her debut as a television presenter for the coverage of the 2019 BBC Proms.

She completed her undergraduate degree at the Academy as an Elton John scholar, and performed with Sir Elton in 2013 in Los Angeles. Isata is also grateful for support from the Nottingham Soroptimist Trust, Mr and Mrs John Bryden, Frank White, and Awards for Young Musicians.