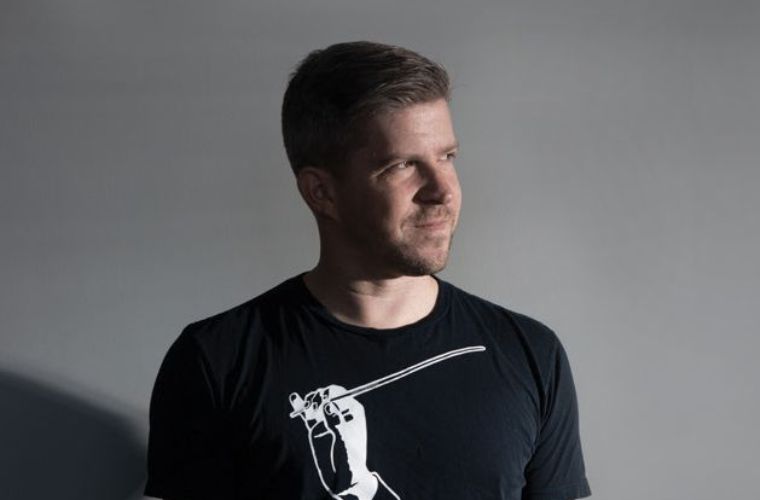 Home About the ASO Edwin Outwater

Edwin Outwater is a visionary conductor who is reinventing the concert experience with major orchestras and institutions throughout the world. Equally adept at interpreting canonical masterworks, premiering new commissions, and connecting audiences with repertoire beyond the mainstream, he is, in the words of Michael Tilson Thomas, "one of the most innovative conductors on the scene today."

Outwater's recent projects include "Sound Health," a collaboration with soprano Renee Fleming, The Kennedy Center, and the National Institutes of Health, as well as a jazz version of Mussorgsky's Pictures at an Exhibition, with Wynton Marsalis, the Jazz at Lincoln Center Orchestra, and the Chicago Symphony. He also appeared with the Orchestra of St. Luke’s at Carnegie Hall in a concert for families featuring a world premiere of composer Caroline Shaw, narrated by actor John Lithgow.

A long association with the San Francisco Symphony continues this season with S&M2, a collaboration with Metallica and the opening performance at San Francisco's new Chase Center arena. A frequent conductor and curator of their SoundBox series, he returns for a performance with composer Missy Mazzoli. He also conducts and hosts "Holiday Gaiety," an LGBTQ holiday concert he created with drag performer Peaches Christ, now in its third year. Outwater has previously served San Francisco Symphony Director of Summer Concerts (2014-2017), Resident Conductor (2001-2006), and Wattis Foundation Music Director of the San Francisco Symphony Youth Orchestra (2001-2005). Highlights include collaborations with artists such as Michael Tilson Thomas, Kurt Masur, and Yo-Yo Ma in subscription appearances. Outwater premiered and recorded The Composer is Dead by Nathaniel Stookey and Lemony Snicket, which was subsequently released by HarperCollins and has become one of the most-performed works written in the 21st century, and in 2008, his SFS recording of music by Jerod Impichchaachaaha' Tate was released to wide acclaim. Most recently, he was featured in a recording of Henry Brant's Ice Field along with Michael Tilson Thomas and organist Cameron Carpenter. In 2004 he lead the San Francisco Symphony Youth Orchestra on a European tour, where the orchestra made debuts at Vienna's Musikverein and Paris's Théâtre des Champs-Élysées, and returned to Amsterdam’s Concertgebouw.

As Music Director of the Kitchener-Waterloo Symphony from 2007-2017, Outwater revitalized the orchestra and brought it international acclaim. He led notable world premieres from a wide range of composers, including Nico Muhly, Nicole Lizée, Richard Reed Parry, Owen Pallett, and many others. His Intersections series connected orchestral music to other disciplines, including quantum physics, neuroscience, literature, film, food, and yoga. It also featured a diverse array of artists from all musical genres, from cellist Johannes Moser to Inuit throat-singer Tanya Tagaq. The Intersections program "Quantum: Music on the Frontier of Science" has been performed multiple times, including a tour to Canada’s National Arts Centre and a performance with the Indianapolis Symphony. Parts of the program "Beethoven and Your Brain," written with neuroscientist and author Daniel J. Levitin, were recently performed at The Kennedy Center as part of their "Sound Health" program. Outwater also recorded From Here On Out, the Kitchener-Waterloo-Symphony's 2011 Analekta release of music by Muhly, Radiohead's Jonny Greenwood, and Arcade Fire's Richard Reed Parry, a recording for which NPR Music praised Outwater for guiding "dexterous performances by musicians who play the music like they own it." In 2016 he created "Hack The Orchestra," the first ever orchestra hackathon that challenged young programmers to create new content for the concert experience. At the end of this tenure as Music Director, he was named Music Director Laureate of the orchestra.

Outwater's recent debuts include the Philadelphia Orchestra, the Pittsburgh Symphony, Orchestra of St. Luke's at Carnegie Hall, the Nagoya Philharmonic, and the Lyric Opera of Chicago. This season he returns to the Chicago Symphony for the world premiere of Mason Bates's World’s Greatest Synth, as well as the National Symphony and the New World Symphony. He will curate and conduct the Sun Valley Music Festival’s second annual Winter Festival. A committed music educator, he has recently conducted at the Pacific Music Festival, the Music Academy of the West, the San Francisco Conservatory and the Flemish Youth Orchestra. In the United States, Outwater has conducted the New York and Los Angeles Philharmonic Orchestras, as well as symphony orchestras including Baltimore, Chicago, Detroit, St. Louis, Houston, and Seattle. In Canada, he has led the National Arts Centre Orchestra and the symphonies of Toronto, Calgary, Edmonton, Winnipeg, and Victoria. International appearances include the Tokyo Metropolitan Orchestra, Tokyo Symphony, Kyoto Symphony, Nagoya Philharmonic, BBCNOW, the Brussels Philharmonic, the New Zealand Symphony, Adelaide Symphony, Malmö Symphony, Nordwestdeutsche Philharmonie, Mexico City Philharmonic, Orquesta Sinfónica de Xalapa, and Hong Kong Sinfonietta. Summer festival appearances include the Montreux Jazz Festival, the Grant Park Festival, the Music Academy of the West and the Festival-Institute at Round Top. In 2009, Outwater made his professional opera debut conducting La traviata at the San Francisco Opera, and he has since led productions at Cincinnati Opera and New York's Lincoln Center. He also works regularly with the Ryan Opera Center at the Lyric Opera of Chicago. Outwater participated as Associate Conductor in both YouTube Symphony projects, at Carnegie Hall and at the Sydney Opera House. He is also is also featured on two 2014-15 recordings: Expanded, which captures his Barbican Centre debut with These New Puritans, and Sarah Kirkland Snider's highly acclaimed recording of her work Unremembered.