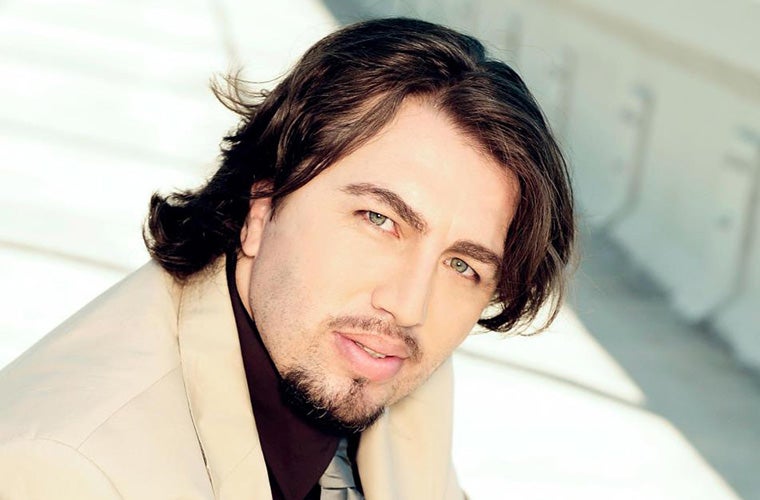 Home About the ASO Burak Bilgili

Burak Bilgili is a Turkish operatic bass-baritone who was born in Akşehir, a town in the Konya Province of Turkey. Since his professional operatic debut at the Teatro alla Scala in 2002 as Don Alfonso in Lucrezia Borgia, he has sung in leading opera houses all around the world and has enjoyed a busy international career. Bilgili made his Metropolitan Opera debut in 2004, when he sang Leporello without a “full-stage” or “orchestra rehearsal” in the final performance of Don Giovanni that season. When he took his solo bow at the end of the performance, the audience roared in appreciation. He returned to the Metropolitan Opera in 2009 as Ferrando in Il Trovatore. Mr. Bilgili is still the only Turkish artist in history to perform a major role in Metropolitan Opera in New York City. A recipient of numerous awards, the Turkish bass garnered First Prizes in the International Hans Gabor Belvedere Singing Competition 2002 in Vienna, the International Alfredo Kraus Competition 2002 in Las Palmas, the Neue Stimmen International Opera Competition in 2001, the Mario Lanza Opera Competition, and the J. Parkinson Italian Opera Competition. He was also a winner of the Loren Zachary Opera Competition, the Licia Albanese-Puccini Foundation International Voice Competition, and was First Place winner in both the Giargiari Bel Canto Voice Competition and 1998 Siemens Opera Competition in Turkey. In 2003, Mr. Bilgili became Turkey’s first ever representative at the BBC Cardi Singer of the World competition.

After his performance as Mephistopheles in a Faust production, Washington Post wrote “Turkish bass Burak Bilgili’s Mephistopheles was imposing, comedic, menacing and regal by turns. His commanding voice, flecked with golden, spicy tones, is unusually expansive for a bass; Bilgili easily projected it above the orchestra.”

Here are some of the roles in Mr. Bilgili played between 2003 and 2016, in various opera houses all around the world : Timur in Turandot, Mefistopheles in Faust, Banquo in Macbeth, Escamillo in Carmen, Padre Guardiano in La forza del destino, Ramfis in Aida, Nourabad in Les Pêcheurs de Perles, Giorgio in I puritani, Ferrando in Il Trovatore, Don Basilio in Il Barbiere di Siviglia, the Four Villains in Les Contes d’Hoffmann, Nilkanatha in Lakme, Dulcamara in L’Elisir d’amore, Daniel Catán’s Florencia en el Amazonas, Leporello in Don Giovanni, Fiesco in Simon Boccangra, Zaccaria in Nabucco, Quasimodo in Notre Dame, Procida in Le Vepres Siciliani, Sarastro in Die Zauberflöte, Hunding in Die Walkure, Raimondo in Lucia di Lammermoor. He did the the world premiere of a new three act opera buffa “La Fenice” by Kimmo Hakola, as Michelangelo the electrician in Savonlinna Festival in 2012.

Mr. Bilgili initially studied at Mimar Sinan University in Istanbul as a student of Prof. Guzin Gurel. After his graduation, he studied at the prestigious Academy of Vocal Arts in Philadelphia with the support of Sedat Gurel – Guzin Gurel Arts and Science Foundation. With Zehra Yildiz Culture and Arts Foundation’s support he had the chance to study with Katia Ricciarelli in Italy. He also studied with celebrated opera artists such as Renata Scotto, Montserrat Caballe, Tom Krause, Renato Bruson, Sir Thomas Allen, Bonaldo Giaotti.