Robert Schumann was a German composer and critic born in Zwickau on June 8, 1810. A quirky, problematic genius, he wrote some of the greatest music of the Romantic era, and also some of the weakest. Severely affected by what was most likely bipolar disorder, he achieved almost superhuman productivity during his manic periods. His life ended early and miserably with a descent into insanity brought on by syphilis. He did his best work when younger, in small forms: piano pieces and songs.

Schumann's bookseller father was also a novelist and translator of Walter Scott and Byron; highly nervous, he married a violently passionate woman, and Schumann was brought up in an environment both literary and unstable. He began piano lessons at seven, and studied Latin and Greek in school in Zwickau, developing a keen interest in literature and in writing as he entered his teens. He continued to develop as a pianist and wrote novels. When he was 16 his father died and in the same month his sister committed suicide. His father had stipulated that for Robert to receive his inheritance he had to take a three-year course of study at the university level, and the next year Schumann enrolled as a law student at the University of Leipzig. He spent his time reading Jean Paul Richter and soon became a piano student of (and border with) Friedrich Wieck, whose daughter Clara, then nine, he would eventually marry. He developed a consuming interest in the music of Schubert, which opened a window on his own creative yearnings.

In 1830, Schumann opted out of law and resumed his studies with Wieck. Despite incessant practice, he never became the virtuoso pianist he hoped to be, owing to a "numbness" in the middle finger of his right hand. The problem may have resulted from his use, over Wieck's objection, of a splint contraption to strengthen the hand, or from mercury poisoning related to the treatment of syphilis, which he probably contracted in his teens. Fortunately, he would not need to be a virtuoso — because he married one.

The 1830s were turbulent for Schumann. He fought with Wieck over his training and his relationship with Clara, which Wieck opposed. Under stress, he drank and smoked heavily and suffered his first bouts of depression. Gradually, Schumann let go of the dream of keyboard virtuosity and became active as a critic, for which he was, during his lifetime, as well known as he was for his music. Simultaneously, he developed into quite a capable composer.

In 1834 he founded the Neue Zeitschrift für Musik, turning it into a platform for his philosophizing on the music of the past and present and for notices and analyses of new works. Among his own important works of the decade were the majority of the pieces that established his reputation as a composer for the piano: Carnaval, the Davidsbündler Tänze, the Symphonic Etudes, the Fantasy in C, Kinderszenen (Scenes from Childhood) , Kreisleriana, and others. During this time, he befriended Chopin and Mendelssohn.

By 1840, Clara Wieck, 20, was a distinguished pianist and had been in the public eye for more than a decade. Schumann's marriage to her — which took place a year after he prevailed in a lawsuit against her father — resulted in an enormous creative outpouring. First came the "year of song." Anticipating marriage in a decidedly lyrical state of mind, Schumann focused his pent-up emotion on vocal music, composing nearly 140 songs in 1840, most of them in the anxious months before August, when the marriage permission suit he and Clara had filed against her father was decided in their favor. The following year, in a mood of celebration, he turned to the orchestra. His works included two symphonies — No. 1 in B-flat and No. 4 in D minor — as well as Overture, Scherzo and Finale, and a Fantasie in A minor for piano and orchestra. In 1842 Schumann focused on chamber music, composing three string quartets, the often heard Piano Quintet in E-flat, and the wonderful Piano Quartet in E-flat.

Such feverish concentration on a single genre at a time can be seen as typical manic behavior. The other side of the coin — phobias and terrifying slides into depression — turned up as the 1840s wore on, leaving the composer incapacitated. At the end of 1844 Schumann and Clara moved to Dresden, at one of the lowest of his low points. During his next few years, he completed the Piano Concerto in A minor, his Symphony No. 2 in C, his one opera, Genoveva, and an extraordinary dramatic poem based on Byron's Manfred.

In 1850, Schumann accepted a position as municipal music director in Düsseldorf. One of the first works he composed after his arrival was the Symphony No. 3 in E-flat, the Rhenish, inspired by the majestic Cologne Cathedral. During the three seasons he held the job, Schumann experienced difficulties with city administrators and ultimately, owing to his increasingly erratic behavior on the podium, lost the respect of the orchestra and chorus. He was fired in the fall of 1853. A bright spot during that sad season was the time the Schumanns spent with the renowned violinist Joseph Joaquim and the 20-year-old Johannes Brahms, whose budding genius Schumann immediately recognized.

During the winter of 1854, Schumann's insanity manifested itself dramatically: He heard "angelic" voices that quickly morphed into a bestial noise of "tigers and hyenas." On a February morning he walked to a bridge over the Rhine and threw himself in; he was rescued by fishermen. Insisting that for Clara's protection he be institutionalized, he was placed in a sanatorium. His doctors prevented Clara from seeing him for more than two years, until days before his death on July 29, 1856. 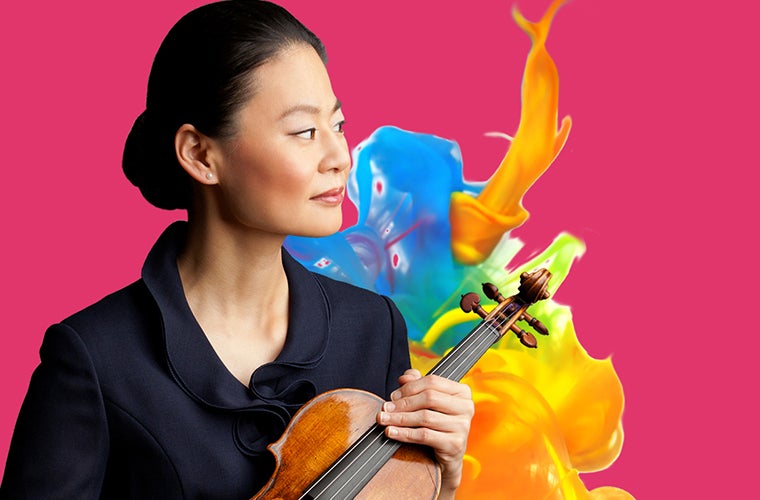