Osvaldo Golijov grew up in an Eastern European Jewish household in La Plata, Argentina. Born to a piano teacher mother and physician father, Golijov was raised surrounded by classical chamber music, Jewish liturgical and klezmer music, and the new tango of Astor Piazzolla. After studying piano at the local conservatory and composition with Gerardo Gandini, he moved to Israel in 1983, where he studied with Mark Kopytman at the Jerusalem Rubin Academy and immersed himself in the colliding musical traditions of that city. Upon moving to the United States in 1986, Golijov earned his Ph.D. at the University of Pennsylvania, where he studied with George Crumb, and was a fellow at Tanglewood, studying with Oliver Knussen.

In the early '90s, Golijov began to work closely with two string quartets—the St. Lawrence and the Kronos. Both ensembles were the earliest to project Golijov's volatile and category-defying style in its true, full form. In 2002, EMI released Yiddishbbuk, a Grammy-nominated CD of Golijov's chamber music, celebrating ten years of collaboration with the St. Lawrence String Quartet, featuring clarinetist Todd Palmer. The St. Lawrence String Quartet has continued their collaboration into the new decade, premiering the composer's Qohelet in 2011. The Kronos Quartet released three recordings featuring their collaborations with Golijov: The Dreams and Prayers of Isaac the Blind, featuring David Krakauer, as well as Caravan and Nuevo. Kronos also expanded Golijov's musical family through collaborations with artists such as the Romanian Gypsy band Taraf de Haidouks, the Mexican Rock group Café Tacuba, tabla virtuoso Zakir Hussain, and producer Gustavo Santaolalla. Golijov composed several works inspired by the voice of Dawn Upshaw; among them the Three Songs for Soprano and Orchestra, the opera Ainadamar, the cycles Ayre and She Was Here, and a number of arrangements. Yo-Yo Ma and the SilkRoad Ensemble have also been a continued source of inspiration for Golijov. Works resulting from their collaborations include Azul, a cello concerto; Air to Air, and Rose of the Winds, two suites for the SilkRoad Ensemble, the latter with orchestra.

In 2000, the premiere of Golijov's La Pasión según San Marcos (St. Mark Passion) took the music world by storm. Commissioned by Helmuth Rilling for the European Music Festival in Stuttgart, to commemorate the 250th anniversary of J.S. Bach's death, the piece featured the Schola Cantorum de Venezuela with the Orquesta La Pasión (specially assembled for this work by Golijov together with percussionist Mikael Ringquist), all conducted by Maria Guinand. The CD of the premiere of this work, on the Hänssler Classic label, received Grammy and Latin Grammy nominations in 2002. La Pasión has since toured the world, and a recording on CD and DVD of the work was released on Deutsche Grammophon in 2010. For the premiere of Ayre, Golijov founded another virtuoso ensemble: The Andalucian Dogs. Together with Dawn Upshaw, they premiered the piece at Carnegie's Zankel Hall and recorded it on a Grammy-nominated CD for Deutsche Grammophon in 2005. In 2006, Deutsche Grammophon released the recording of the opera Ainadamar, featuring Dawn Upshaw, Kelley O'Connor and Jessica Rivera singing the principal roles, and the Atlanta Symphony Chorus and Orchestra, conducted by Robert Spano — an artist and friend who has worked closely with Golijov for over a decade and who conducted the world premiere of the opera, as well as the American premiere of La Pasión. The record earned two Grammy awards: for best opera recording, and best contemporary composition.

Golijov has received numerous commissions from major ensembles and institutions in the US and Europe. He is the recipient of a MacArthur Fellowship and the Vilcek Prize among other awards. In addition to the artists mentioned above, he collaborates closely with conductor Miguel Harth-Bedoya; vocalists Luciana Souza and Biella da Costa; cellists Yo-Yo Ma, Alisa Weilerstein, Maya Beiser and Matt Haimovitz; the Kamancheh virtuoso Kayhan Kalhor and percussionists Jamey Haddad and Cyro Baptista; also with multi-talented musicians such as Michael Ward-Bergeman, Gonzalo Grau, Ljova, Jeremy Flower and Cristina Pato; ensembles including the Atlanta Symphony, Los Angeles Philharmonic, Boston Symphony, Chicago Symphony, Silk Road Ensemble, and eighth blackbird; the artist Gronk, playwright David Henry Hwang, and directors Francis Ford Coppola and Peter Sellars. The latter staged sold-out and critically acclaimed runs of Ainadamar at the Santa Fe Opera and Lincoln Center.

In January and February 2006, Lincoln Center presented a sold-out festival called "The Passion of Osvaldo Golijov," featuring multiple performances of his major works, his chamber music, and late night programs of music dear to him. In 2007, he was named the first Composer-in-Residence at the Mostly Mozart Festival and has held similar positions at the Chicago Symphony Orchestra, Spoleto USA Festival, the Los Angeles Philharmonic's Music Alive series, Marlboro Music, Ravinia, Ojai, Trondheim, and Holland festivals. Golijov held the position of Richard and Barbara Debs Composer’s Chair at Carnegie Hall for the 2012-13 season.

Golijov is Loyola Professor of Music at the College of the Holy Cross in Worcester, MA, where he has taught since 1991. He also has been teaching for decades at Tanglewood, has led workshops at Carnegie Hall with Dawn Upshaw, and is a frequent advisor at the Sundance Composers Labs.

Golijov has scored the soundtracks for Francis Ford Coppola's Youth Without Youth and Tetro (both released by Deutsche Grammophon), as well as Twixt. His most recent work, Falling Out of Time, is an 80-minute long song cycle, based on the novel by the same name by David Grossman. He wrote it for the SilkRoad Ensemble, featuring vocalists Wu Tong, Nora Fischer, and Biella da Costa. Upcoming performances include Tanglewood and Zankel Hall in the Summer and Fall of 2020.

His works are published by Boosey & Hawkes. Ainadamar, Ayre, Oceana, Youth Without Youth, Tetro, and the CD and DVD of La Pasión según San Marcos have been released by Deutsche Grammophon. Other recordings have been released on Nonesuch, Sony Classical, Hänssler Classics, Naxos, Koch, Harmonia Mundi, and EMI. 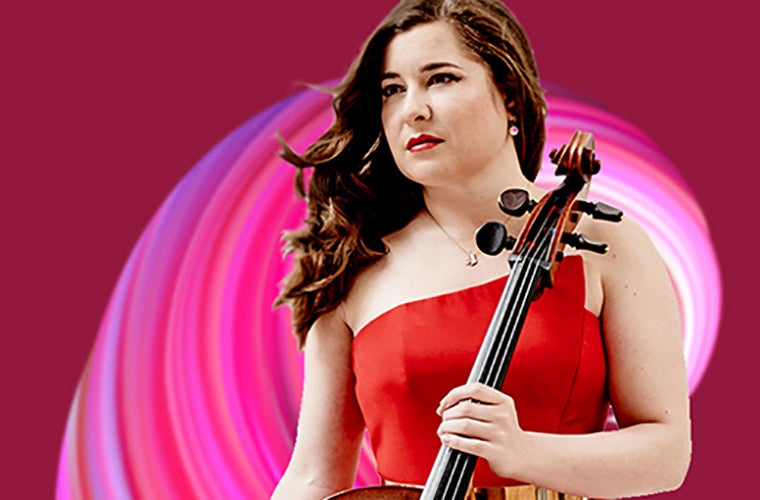