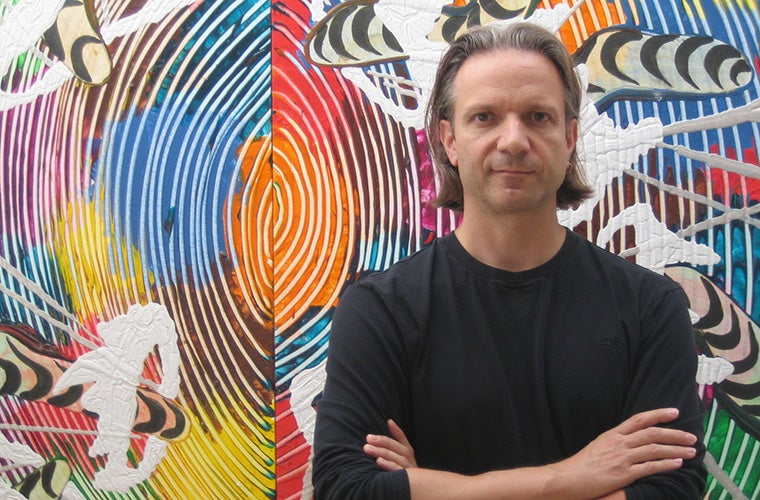 Michael Gandolfi has a broad range of musical interests encompassing not only contemporary concert music but also jazz, blues and rock, by which route he first became a musician. The span of his musical investigation is paralleled by his cultural curiosity, resulting in many points of contact between the world of music and other disciplines, including science, film, and theater.

Mr. Gandolfi's extensive orchestral output is due in large part to the support and partnerships that he has had with many leading orchestras and conductors. For over a decade, he has worked closely with Robert Spano and the Atlanta Symphony Orchestra, as one of its 'Atlanta School' of composers, resulting in the creation of several large-scale works. In the mid 1990’s Mr. Gandolfi began a long and productive relationship with with the Boston Symphony Orchestra that has included several commissions, the most recent of which is the aforementioned Ascending Light. He has also had a fruitful relationship with the Memphis Symphony Orchestra and Maestro Mei-Ann Chen, completing several commissions for them as well, including Fourth Chickasaw Variations, based on the history of Memphis. Oliver Knussen, Cristian Măcelaru, Carlos Kalmar and the Grant Park Orchestra, and Gil Rose and the Boston Modern Orchestra Project have proven to be significant forces in Mr. Gandolfi’s creative output, as has Richard Pittman with the New England Philharmonic, the Concord Orchestra, and his chamber ensemble, the Boston Musica Viva. Mr. Gandolfi has also contributed a body of wind ensemble work that has gained a significant position in that repertoire.

Mr. Gandolfi has been the recipient of many honors and awards, including two National Endowment for the Arts Consortium Commission grants, a Guggenheim Foundation Fellowship, a Serge Koussevitzky Music Foundation Commission, Massachusetts Cultural Council Composer Fellowship, the 2009 Grammy Award nomination for 'Best Classical Contemporary Composition,' for his The Garden of Cosmic Speculation, the 2013 Sousa/Oswald Award for Band, two Fromm Foundation Grants, a Meet the Composer/American Symphony Orchestra league Music Alive residency, and a 2013 Composers Award from the Lancaster Symphony Orchestra, among others.

Mr. Gandolfi chairs the composition department at the New England Conservatory of Music, is Head of Composition at the Tanglewood Music Center, and has been a faculty member at Harvard University, Indiana University, and Boston University.