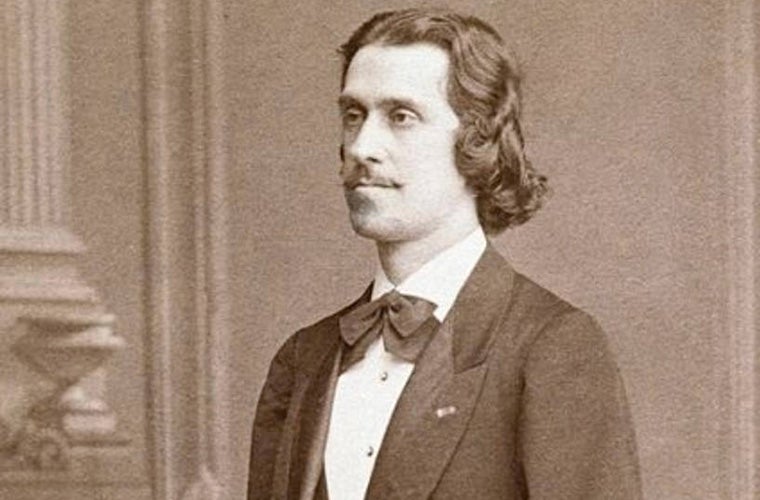 Josef Strauss was born into one of the most famous of Viennese musical families. His father, Johann Strauss (1804-1849), was a violinist in the popular Josef Lanner dance orchestra when he married Maria Anna Streim, and then formed his own orchestra and overtook Lanner in popularity. Johann Sr. was opposed to his children going into music professionally, but he saw to it that the boys became proficient pianists. Although Johann Sr. intended him for the army, Josef studied poetry, art, and engineering. He enrolled in the Vienna Polytechnic for civil engineering and architecture degrees.

Maria Anna suggested that Josef take a position in Johann Jr.'s orchestra, but he turned down the idea, joking that he was too ugly for a career on stage. Furthermore, he was subject to fainting spells and intense headaches. Instead, he made his living as an engineer and designer. Among other things he invented a type of mechanical street-sweeper (which the city of Vienna adopted) and published two mathematical books.

In 1853, Josef conducted the orchestra for a while after Johann Jr. collapsed from overwork. He had an unexpected success and even composed a waltz set, which he hopefully called First and Last Waltzes. After this, too, surprised everyone by becoming highly popular, he wrote another, which he called First Waltz after the Last. When Johann was able to return to work in September, he found that Josef was willing to step in as an assistant at a moment's notice. The brothers were able to do this easily, since they contracted for and advertised that the orchestra would be conducted by "J. Strauss."

By 1856 Josef was ready to join the Strauss organization full-time. He took violin lessons from Franz Amon, Johann Sr.'s old teacher. Josef and Johann pretty much shared the leadership of the orchestra and its business from then until 1862, when they were joined by younger brother Eduard. In 1857 Josef married his childhood sweetheart, Karoline Pruckmayr. He spent all his spare time writing poetry, painting, and composing music, getting little sleep and continually smoking cigars. His waltzes are particularly intriguing. It is obvious that he had a poetic outlook not shared by his more down-to-earth brother. The Viennese loved his chronically pale, romantic appearance. Many of his waltzes have the greatest musical value of any the Strauss family output. He showed the influence of composers from Schubert and Chopin to Liszt and Wagner. Some of his most popular waltzes are Love and Life, Voices of the Times, Music of the Spheres, and Village Swallows from Austria. It is also known that Josef generously allowed Johann to claim as his own some waltzes actually written by Josef. He wrote a serious composition, a tone poem with orchestra called Ode to the Night. It received great critical acclaim, but has been lost.

In 1863 Johann was appointed Imperial and Royal Hofballmusikdirektor, which required him to largely absent himself from the family orchestra. This left Josef to take some of the orchestra's touring assignments, which he hated. He accepted an obligation to take the orchestra to Warsaw in April 1870. There, in June, he suffered a blackout and fell from the podium. He asked to be taken to his home in Vienna, where he died within the month.