As a young boy in 1931, Burton Trimble, Jr. came to Atlanta, where his father would become dean of Emory University’s Candler School of Theology. Burton trained as a singer and, by the time he graduated from Emory and moved to New York City, was a fast-rising tenor.

In New York, he quickly became a soloist at a prominent church; studied at Union Theological Seminary, where he obtained a degree in church music; and was accepted into the Robert Shaw Chorale. In 1948, he co-founded the After Dinner Opera Company (still in existence) and went on to sing numerous roles with them, including the lead tenor role in the world premiere of Lukas Foss' "The Jumping Frog of Calaveras County."

Returning to Atlanta, Burton taught English at Tucker High School for 30 years and at Georgia State University for eight years before retiring. He was deeply involved in Atlanta’s musical scene, singing in the ASO Chorus and as a church soloist for decades.

Burton lives at Kingsbridge Retirement Community in Druid Hills. He loves coming to ASO concerts and has been an ASO donor for more than 40 years. He is a member of the Henry Sopkin Circle, having included a gift to the Orchestra in his estate plan.

When I came back from New York, and was deprived of hearing the music and culture of New York City, I could go to the Orchestra. What Shaw brought was authenticity in classical music that had not existed here before. That authenticity is the importance of the ASO. To me, having a symphony orchestra is the key to having a musical culture for the whole city. 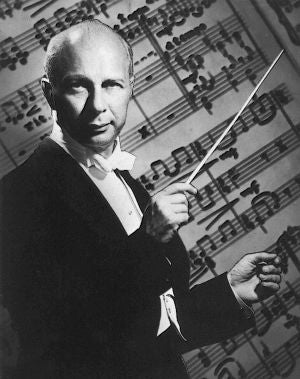 Is the Atlanta Symphony Orchestra part of your legacy? Let us know! Contact James Paulk at 404-733-4485 or James.Paulk@atlantasymphony.org so we can make your vision come to life, and celebrate your impact with you at our annual Henry Sopkin Circle Luncheon each spring. While we would love to recognize you appropriately, we are always glad to recognize your request for anonymity.