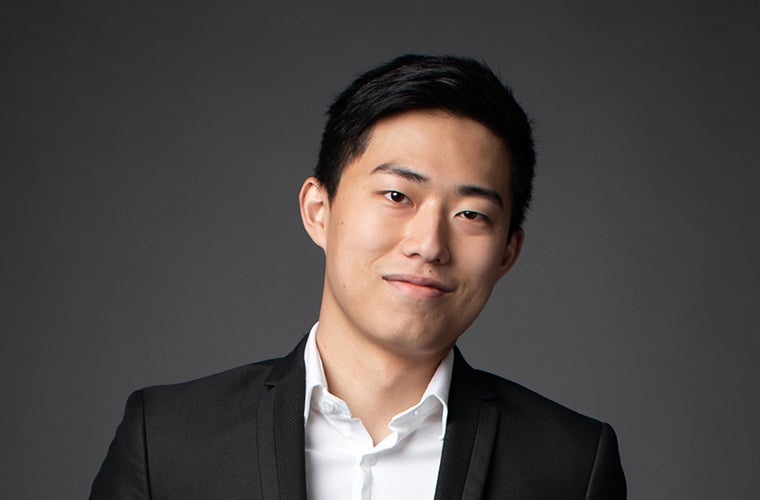 Zhenwei Shi started his viola studies with Li Sheng at the Middle school of the Shanghai Conservatory of Music. He attended the Royal Academy of Music with a full scholarship for his undergraduate studies with Paul Silverthorne, Roger Chase, and Juan-Miguel Hernandez. After graduating with a first-class honor degree, he received full scholarship offers from the San Francisco Conservatory, Royal Academy of Music, and The Juilliard School for his master's degree study. Currently, he is a student at San Francisco Conservatory of Music under Dimitri Murrath and Jay Liu.

Zhenwei has performed as a solo violist and chamber musician at prestigious venues such as Buckingham Palace, Wigmore Hall, Royal Festival Hall and Shanghai Concert Hall. Since 2018, he has frequently played with the San Francisco Symphony and Chicago Symphony Orchestra. Zhenwei Shi was appointed by maestro Robert Spano as Principal Viola of the Atlanta Symphony Orchestra in 2018.

Why did you choose your instrument?
The beauty of the warm, dark sound and inherent sadness character.

What's the most interesting or difficult facet of your instrument?
Lots of viola jokes…

What do you do in your free time outside of work?
Read books and hang out with some friends

What other instrument do you wish you played?
Classical guitar

Favorite time of year to get outside?
Early summer