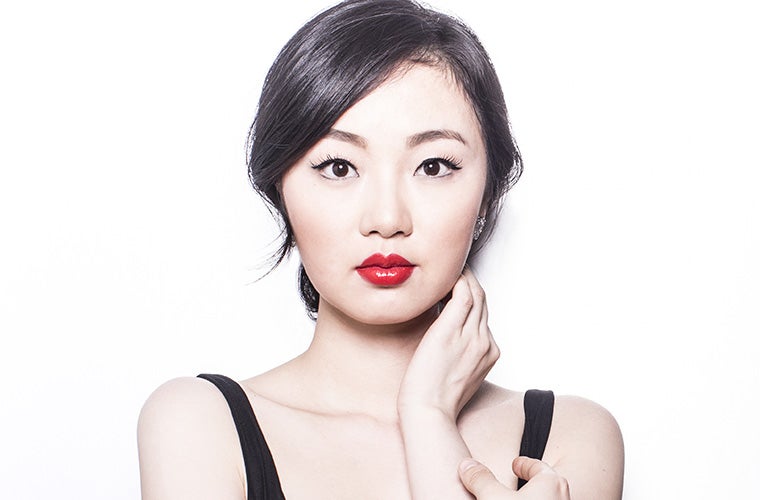 Home About the ASO Ying Fang

In the 2021-2022 season, Ms. Fang made her house debut at Opéra national de Paris as Susanna in Le nozze de Figaro, conducted by Gustavo Dudamel, and returns to Lyric Opera of Chicago as Pamina in Die Zauberflöte. On the concert stage, she joins the Metropolitan Opera Orchestra and Chorus under the direction of Yannick Nézet-Séguin for a special season-opening performance of Mahler’s Symphony No. 2 Resurrection, a work she reprises later in the season with the National Symphony Orchestra led by Michael Tilson Thomas. In addition, she goes on tour with Ensemble Pygmalion under the direction of Raphaël Pichon, performs at Opernhaus Zürich with Orchestra La Scintilla led by Riccardo Minasi, and returns to the Verbier Festival both as the soprano soloist in Mozart’s Requiem led by Andras Schiff and as Oscar in Un ballo in Maschera led by Gianandrea Noseda.

In the 2020-2021 season, Ms. Fang made her house debut at both Dutch National Opera and Santa Fe Opera as Susanna in Le nozze di Figaro, a role she had also been scheduled to reprise at Lyric Opera of Chicago. In concert, she joined Dutch National Opera in a performance of Rossini’s Petite messe solennelle. Previously scheduled concert engagements included Haydn’s Creation with Music of the Baroque under the baton of Dame Jane Glover, as well as both Mahler’s Symphony No. 2 Resurrection and Symphony No. 8 at the Mahler Festival in Leipzig, under the baton of Andris Nelsons.

During the 2019-2020 season, Ms. Fang made her house debut at Lyric Opera of Chicago as Zerlina in Don Giovanni, led by James Gaffigan, and returned to the Metropolitan Opera as Pamina in The Magic Flute in Julie Taymor’s magical production, conducted by Lothar Koenigs.  Previously scheduled operatic engagements included her role debut as Sophie in Werther, also at the Metropolitan Opera, as well as house debuts at Houston Grand Opera as Pamina and Los Angeles Opera as Susanna. In concert, Ms. Fang sang Mahler’s Symphony No. 2, led by Gianandrea Noseda, at the Tsinandali Festival in Georgia, and gave solo recitals with pianist Ken Noda at the Philadelphia Chamber Music Society and Celebrity Series of Boston. She had also been scheduled to return to the Verbier Festival, where she would have performed a concert version of Don Giovanni under Gábor Takács-Nagy as well as Mozart’s Requiem conducted by Sir András Schiff.

In the 2018-2019 season, Mozart was the foundation for two auspicious debuts for Ms. Fang. Her debut at the Salzburger Festspiele, where she sang Ilia in a new production of Idomeneo, reunited her with director Peter Sellars. She also returned to the Metropolitan Opera for her role debut as Servilia in Jean-Pierre Ponnelle’s renowned production of La Clemenza di Tito. On the concert stage, she rejoined the Los Angeles Philharmonic, in collaboration with conductor Susanna Mälkki and The Old Globe Theatre of San Diego, for performances as Juno in Sibelius’ incidental music to Shakespeare's The Tempest, and returned to the New York Philharmonic for performances of Brahms’ Ein deutsches Requiem under Jaap van Zweden. She also made debuts with several orchestras, including the Cleveland Orchestra as Echo in Ariadne auf Naxos, under the baton of Franz Welser-Möst; the Boston Symphony Orchestra under Andris Nelsons and Hong Kong Philharmonic under Jaap van Zweden for Mahler’s Symphony No. 2; both the San Francisco Symphony and Houston Symphony for Handel’s Messiah under Jane Glover; the Malaysian Philharmonic under Roberto Abbado and North Carolina Symphony under Carlos Miguel Prieto for Orff’s Carmina Burana; and a Carnegie Hall concert with Orchestra of St. Luke’s under Bernard Labadie for Mozart’s concert aria "Venga la morte...Non temer, amato bene.”

A native of Ningbo, China, Ms. Fang is the recipient of the Martin E. Segal Award, the Hildegard Behrens Foundation Award, the Rose Bampton Award of The Sullivan Foundation, The Opera Index Award, and First Prize of the Gerda Lissner International Vocal Competition. In 2009, she become one of the youngest singers to win one of China’s most prestigious awards – the China Golden Bell Award for Music. She has been hailed as “the most gifted Chinese soprano of her generation” by Ningbo Daily.

Ms. Fang holds a Master’s degree and an Artist Diploma in Opera Study from The Juilliard School and a Bachelor’s degree from the Shanghai Conservatory of Music. She is a former member of the Metropolitan Opera’s Lindemann Young Artist Development Program.

"Peter Sellars brings a message of love to Mozart's Idomeneo at Salzburg Festival. There's plenty to admire at the Felsenreitschule, but the evening belongs to soprano Ying Fang...This diminutive singer has a voice that can stop time, pure and rich and open and consummately expressive." — Financial Times