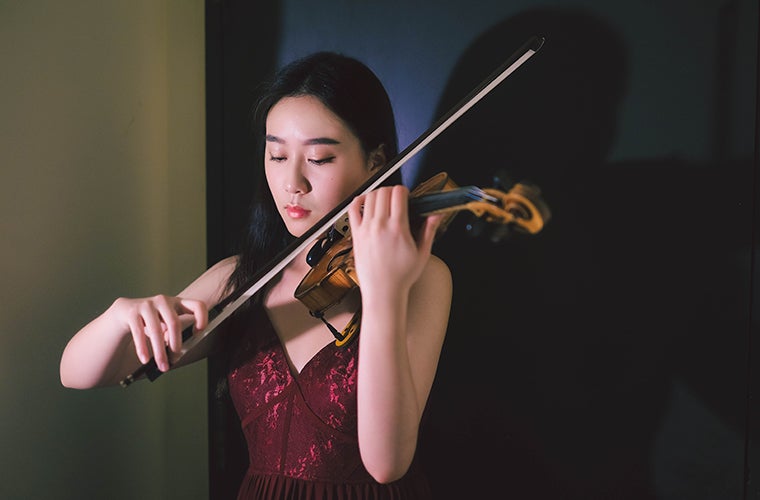 In her homeland of China, Tan made her debut at the Hong Kong International Violin Competition in 2013. She was then invited to play as a soloist with the China National Symphony Orchestra at the Great Hall of the People under the baton of Dun Tan in Beijing. That special concert was described by The New York Times and China Daily as “A revolutionary concert that brings the combination of humanity and art to the next level.”

Tan participated in the Aspen Music Festival in 2017 and played in the Aspen Festival Orchestra led by Robert Spano. Two years later, she joined the Music Academy of the West where she studied with Glenn Dicterow and Jorja Fleezanis and performed with the London Symphony Orchestra.

In 2018, Tan earned her bachelor’s degree from the Shanghai Conservatory of Music. She went on to study at the University of Southern California Thornton School of Music with the highest scholarship where she studied with Bing Wang, the Associate Concertmaster of the Los Angeles Philharmonic. Tan performed at multiple masterclasses with distinguished violinists, including Midori Goto, Pamela Frank and Cho-Liang Lin. She received her master's degree in 2020.