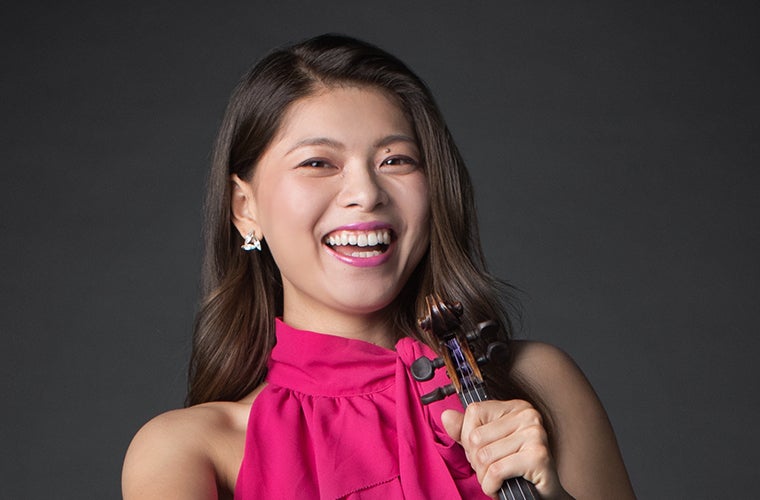 Recent highlights include touring with the Los Angeles Philharmonic for the LA Phil 100 Tour and featuring in a quartet recording for the Grand Teton Music Festival’s Music from the Mountains online festival. Additionally, she was the winner of the concerto competition at the Music Academy of the West where she soloed Béla Bartóks Violin Concerto No. 2. Other notable achievements include finalist at the Concert Artists Guild Competition, semi-finalist at the Michael Hill International Violin Competition, and 3rd place and audience prize at the Crescendo Music Awards.

Born in Bengbu, Anhui, Sissi began studying the violin at age four. In 2001, with the highest score in her class, she was accepted into the Shanghai Music Middle School. At only 17 years old, she was awarded third prize in the National Violin Competition of China where she was praised by one of the judges “the youngest, but the most promising contestant.”

Outside of music and the violin, Sissi’s other passions include learning new languages and art history. She has fulfilled four semesters in French language study at Columbia

University and an additional semester in architecture study at Yale University.

What's the most interesting or difficult facet of your instrument?
It is definitely challenging to pick up different programs every week especially being in the first violin section. The melodies in the higher register of the instrument is often very exposed, but definitely made it more interesting to learn and to perform.

What do you do in your free time outside of work?
Traveling is a big part of my part outside of work. I also like to go to museums and see paintings of all periods to find inspirations.

Favorite time of year to get outside?
April and May

Most memorable/favorite ASO memory or moment?
Playing the Harry Potter movies with a full choir!