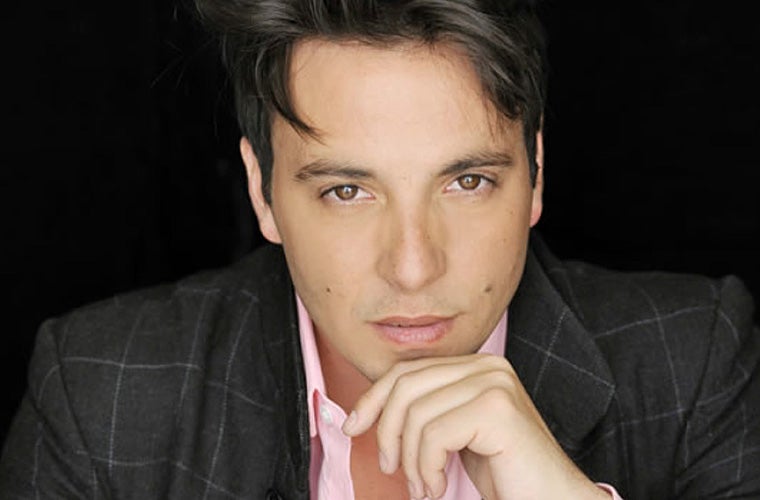 Home About the ASO Santiago Ballerini

Critics in NYC have written about Ballerini as one of the most ductile, colourful and controlled voices of belcanto in tenors today.

He has recently performed with the Canadian Opera Company in Toronto singing Barber of Seville. Also at the Kennedy Center in Washington DC with the National Orchestra conducted by maestro Noseda, and Teatro Colón in Buenos Aires with Ernesto de Don Pasquale. In Spain he has performed at the ABAO (Bilbao) as Ernesto de Don Pasquale, the Teatro Kursal in San Sebastian as Lindoro in L’italiana in Algeri, and recently at the Teatro de la Zarzuela as Shakespeare in Gastanbide’s Midsummer Night’s Dream.

His European debut was at the Opéra de Bordeaux in Bellini’s Il Pirata, and he also made his debut at the Opéra de Toulon and Teatro Regio di Torino with Lélisir D’amore and the Opéra Comique in Paris.

He has worked a lot in the American market, where he sang Il Pirata, La Favorita, Tancredi, I Capuleti e i Montecchi, Don Giovanni, Barbero de Sevilla, in festivals and theatres in New York. He also made his debut at the Atlanta Opera with La Hija del Regimiento, Cenerentola, and Don Pasquale. Concerts for La Dallas Opera, Newport Festival, Savannah Music Festival, among many others.

Before starting his career as a singer, Ballerini spent 9 years as a pianist and also graduated from university as a music therapist. All his musical training since he was 8 years old, can be appreciated in each performance on stage as a voice very musical and with an incomparable personality.