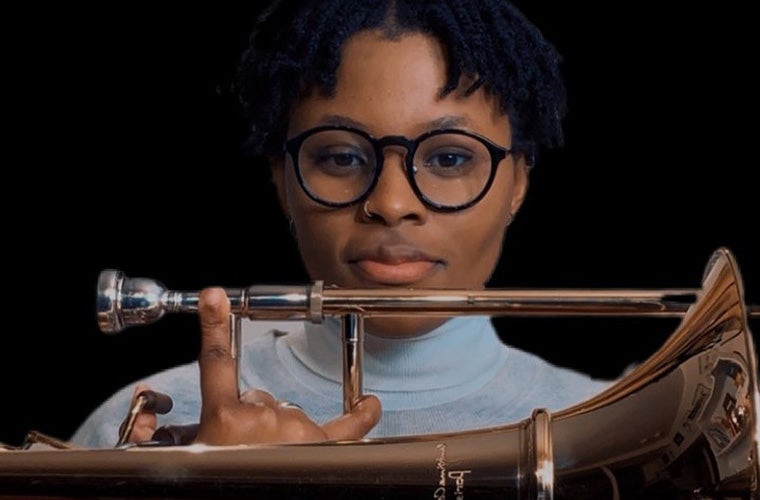 Home About the ASO Robyn Smith

Robyn Smith is the newly appointed second trombonist of the Michigan Opera Theatre. She is currently in the graduate program at the New England Conservatory studying under Toby Oft, principal trombone of the Boston Symphony. Robyn will be performing at the Tanglewood Music Center this summer as a fellow and has previously performed with the New World Symphony, National Repertory Orchestra, American Repertory Theatre, and with the artist Lizzo at the 62nd Annual Grammy Awards.

She is also a freelancer in Boston where she performs with a wide range of ensembles and orchestras. Her solo work includes a recent performance at Michigan State University's MLK tribute concert and as a featured soloist on New England Conservatory’s Contemporary Ensemble concert.

Robyn's awards extend internationally as she was the winner of the 2018 International Trombone Association's Marsteller Solo Competition. Robyn is an advocate for the dismantling of oppressive structures that contribute to the lack of black and brown faces within high art forms.