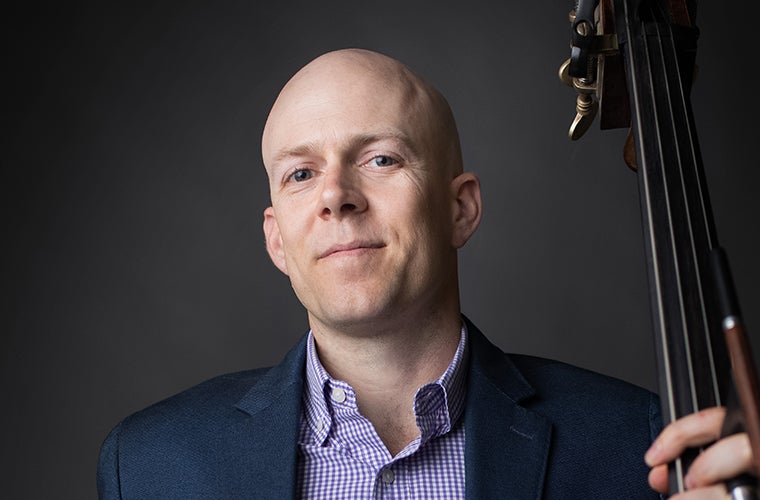 Joseph McFadden joined the bass section of the Atlanta Symphony Orchestra (ASO) in September 2011 and won the Principal Bass position in 2017. During the 2021/2022 season, he was a featured soloist performing the Vanhal Double Bass Concerto in D Major.

Prior to his arrival at the ASO, he was Principal Bass of the Alabama Symphony Orchestra. McFadden has also performed with the Los Angeles Philharmonic, New York Philharmonic, Minnesota Orchestra, Toronto Symphony Orchestra, Milwaukee Symphony Orchestra and the Nashville Symphony. During his time with the Alabama Symphony, McFadden performed Bottesini's Double Bass Concerto No. 2 as a featured soloist. During the summer, he serves as Principal Bass in the Grand Teton Music Festival, and prior to that, he was a member of the orchestra for the Cabrillo Festival of Contemporary Music. Additional summer engagements include the Chamber Music Society of the Carolinas, the Highlands-Cashiers Chamber Music Festival, and he has served on the faculty for the National Youth Orchestra for Carnegie Hall.

A native of Los Angeles, McFadden received his bachelor’s degree from California State University, Northridge, where he studied with Oscar Meza. He completed his master’s degree at Indiana University under the instruction of Bruce Bransby.

McFadden is a two-time fellowship recipient at the Aspen Music Festival and School, where he studied with Chris Hanulik and Bruce Bransby and performed throughout the summer with the Aspen Chamber Symphony. McFadden plays on a bass he commissioned from Chris Threlkeld, which was finished for him in October of 2009.

Why did you choose your instrument?
My mom plays Bass Guitar. So she taught me to play when I was about 7 or 8. Then took up Double Bass a couple years later.

What's the most interesting or difficult facet of your instrument?
Lugging it around

What is your go-to karaoke song?
“Anna” cover by The Beatles