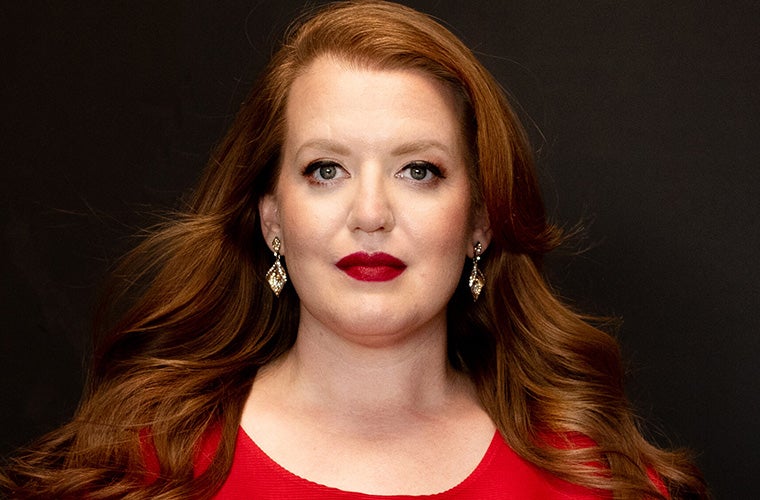 A naturally gifted singer noted for her commanding stage presence and profound artistry, Jennifer Johnson Cano has garnered critical acclaim for committed performances of both new and standard repertoire. For her performance as Offred in Poul Ruders’s The Handmaid’s Tale she was lauded as a “consummate actress,” by The Wall Street Journal; a “tour de force” by The Boston Globe; and “towering…restless, powerful, profound, she is as formidable as this astonishingly demanding role deserves,” by The New York Times. In recital with Anna Netrebko at Carnegie Hall, Bachtrack called her performance “self-effacing and full of musicality.” With more than 100 performances on the stage at The Metropolitan Opera, her most recent roles have included Nicklausse, Emilia, Hansel and Meg Page.

Cano continues to perform a considerable number of concert engagements with major orchestras and conductors each season. She has undertaken numerous projects with the Cleveland Orchestra and Franz Welser-Möst in both the US and Europe, and plans to appear with Cleveland in Verdi’s Otello in 2021/22. She has toured with the Los Angeles Philharmonic and Gustavo Dudamel, and performed with the New York Philharmonic in New York and Vail. Highlights this coming season will include performances with the Philadelphia Orchestra and Yannick Nézet-Séguin in a premiere of Kevin Puts’s The Hours, performances of Beethoven’s Ninth Symphony with the Chicago Symphony and Riccardo Muti and the San Francisco Symphony. Following summer festival premieres, Cano will also perform the New York premiere of a new chamber opera by Marc Neikrug, A Song By Mahler, at the Chamber Music Society of Lincoln Center.

Opera roles have included regular appearances at the MET; Donna Elvira, Carmen and Offred with the Boston Lyric Opera; the role of the Fox in Cunning Little Vixen with the Cleveland Orchestra and Welser-Möst; the Mother, the Dragonfly, and the Squirrel of L'enfant et les sortileges with the San Francisco Symphony and Martyn Brabbins; performances of El Niño with John Adams and the LSO; Carmen with the New Orleans Opera; and the title role in Orphée with the Des Moines Opera.

This season she will perform Poulenc’s Dialogues of the Carmelites (Mother Marie) with the Houston Grand Opera; the world premiere of Gregory Spear’s Castor and Patience (Celeste) with the Cincinnati Opera; Bartok’s Bluebeard's Castle (Judith) with the Roanoke Opera; and workshops of Gregg Kallor’s new opera, Frankenstein, with the Arizona Opera.

Cano is a native of St. Louis and earned degrees from Webster University and Rice University and was honored as a distinguished alumna and commencement speaker at Webster University in May 2017. Her debut recital recording with pianist Christopher Cano, Unaffected: Live from the Savannah Voice Festival, was recorded completely live and unedited. Recent recordings include a live performance of Beethoven’s Ninth Symphony with Manfred Honeck and the Pittsburgh Symphony, Bernstein’s Symphony No. 1: Jeremiah with Marin Alsop and the Baltimore Symphony Orchestra, and a live recording of Mahler’s Das Lied von der Erde featuring conductor George Manahan, tenor Paul Groves and St. Luke’s Chamber Ensemble. Cano joined The Lindemann Young Artist Development Program at The Metropolitan Opera after winning the Metropolitan Opera National Council Audition, and made her Met debut during the 2009-2010 season. Among her honors are a First Prize winner of the Young Concert Artist International Auditions, a Sara Tucker Study Grant, a Richard Tucker Career Grant and George London Award.

"Her voice is radiant and intense, rich in the lower part of her range, bright and precise at the top, with astonishing evenness throughout. For such a commanding singer she also cuts a remarkably approachable persona on stage, and has an uncanny ability to discern and embody the character of each song."
— Boston Globe

"Dramatic intelligence and imagination suffused every note of Ms. Johnson Cano's performance. Endowed with an attention-grabbing dark mezzo, its depths bracing like strong coffee, she seems to thrive in the role of a storyteller."
— The New York Times