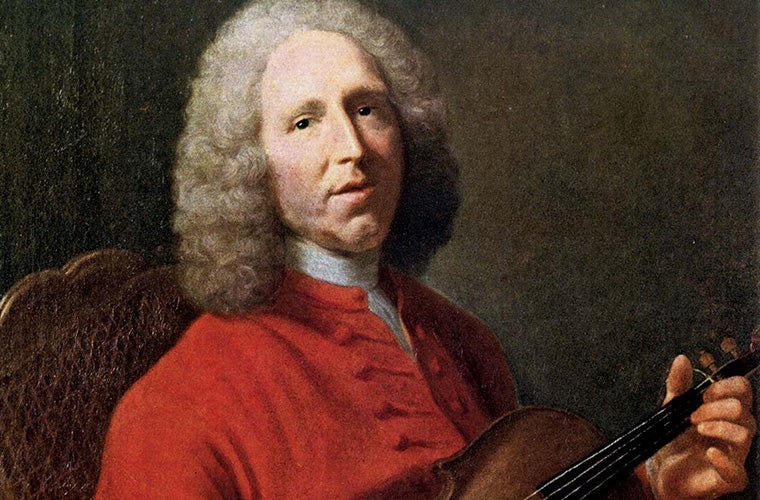 Jean Philippe Rameau (1683-1764) was a French theoretician of music and a composer. His theoretical works provided the scientific basis for the development of traditional, functional harmony in the 18th century. His operas were the first national creations to rival those of Lully.

Jean Philippe Rameau was born in Dijon on Sept. 25, 1683, the son of a provincial organist. It is presumed that he studied with his father, no other formal training being known. He was in Italy in 1701 and then served as organist for a time at Clermont-Ferrand. In 1706 he was in Paris, where his first collection of harpsichord pieces was published. Rameau dropped out of sight for nearly a decade, returning sometime about 1715 to his former position at Clermont-Ferrand. Here he wrote his famous Treatise on Harmony Reduced to Its Natural Principles (1722).

In 1731 Rameau came under the patronage of one of the wealthiest, most remarkable 18th-century French aristocrats, La Poupliniere. Rameau was active as a teacher, harpsichordist, conductor, and composer in his establishment until 1753. His patron provided the necessary arrangements for Rameau to attempt his hand at opera composition.

In 1733 Hippolyte et Aricie, to a libretto by the Abbé Pellegrin, was presented in Paris; it was Rameau's first major public success. Les Indes galantes followed in 1735, and Castor et Pollux, generally considered to be his crowning triumph in the music theater, in 1737. These works challenged the then-prevailing taste for simpler, more tuneful diversions and entertainments, as well as the belief that Jean Baptiste Lully was the only significant composer of French operas. The ensuing quarrels in French intellectual circles over the respective merits of Lully and Rameau and later over the merits of Italian versus French music assured Rameau of lasting fame. In 1745 the King awarded Rameau a lifetime pension on the basis of his pleasure with La Princesse de Navarre, a comédie-ballet (a unification of stage play and ballet) composed for the marriage of the Dauphin to Maria Theresa of Spain.

Rameau's keyboard music is of exceptionally high quality, but he is even more widely acclaimed as a theorist. He was the only major composer who gained a reputation as a theorist before being acclaimed for composition. All his life he fought against the widely held erroneous notion that to be "scientific" in music is to be mechanical and lifeless.

Rameau's Treatise on Harmony established the primacy of triadic harmony as the central "law" of music. He claimed that melody must be subordinated to harmony and that harmonic considerations alone should dictate composition. He established the significant theoretical concept that the inversions of chords did not create new chords but were further manifestations of a single harmony. While Rameau's ideas were much debated and attacked, their importance for the future of theory and practice cannot be overestimated. His codification of functional harmony provided much of the theoretical basis for traditional composition well into the 19th century.