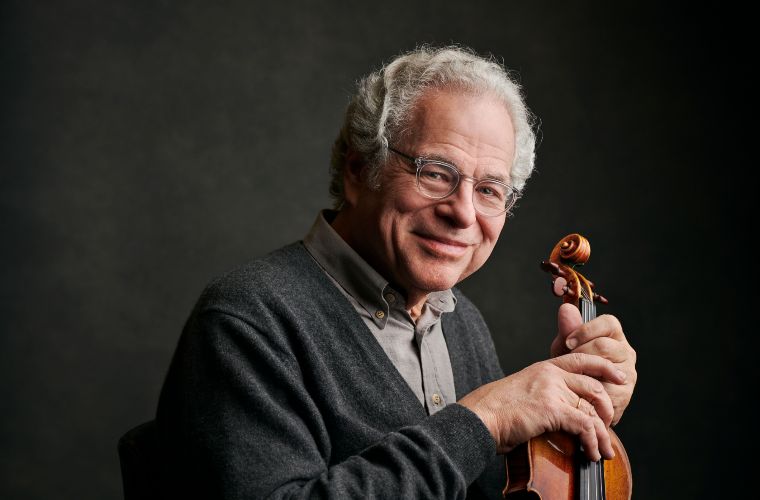 Home About the ASO Itzhak Perlman

Undeniably the reigning virtuoso of the violin, Itzhak Perlman enjoys superstar status rarely afforded a classical musician. Beloved for his charm and humanity as well as his talent, he is treasured by audiences throughout the world who respond not only to his remarkable artistry, but also to his irrepressible joy for making music.

Having performed with every major orchestra and at venerable concert halls around the globe, Itzhak Perlman was awarded a Presidential Medal of Freedom, the Nation’s highest civilian honor, in November 2015 by President Obama for his meritorious contributions to cultural endeavors of the United States and for being a powerful advocate for people of disabilities. In 2016, he received the Genesis Prize in recognition for his exceptional contributions as a musician, teacher, advocate for individuals with special needs and dedication to Jewish values. In 2003, he was granted a Kennedy Center Honor by the John F. Kennedy Center for the Performing Arts in celebration of his distinguished achievements and contributions to the cultural and educational life of the United States. President Clinton awarded him the National Medal of Arts in 2000 and President Reagan honored him with a Medal of Liberty in 1986.

Mr. Perlman has performed multiple times at the White House, most recently in 2012 at the invitation of President Barack Obama and Mrs. Obama, for Israeli President and Presidential Medal of Freedom honoree Shimon Peres; and at a State Dinner in 2007, hosted by President George W. Bush and Mrs. Bush, for Her Majesty The Queen and His Royal Highness The Duke of Edinburgh. In 2009, he was honored to take part in the Inauguration of President Obama, premiering a piece written for the occasion by John Williams alongside cellist Yo-Yo Ma, clarinetist Anthony McGill and pianist Gabriela Montero, for an audience of nearly 40 million television viewers in the United States and millions more throughout the world.

Born in Israel in 1945, Mr. Perlman completed his initial training at the Academy of Music in Tel Aviv. An early recipient of an America-Israel Cultural Foundation scholarship, he came to New York and soon was propelled to national recognition with an appearance on the Ed Sullivan Show in 1958. Following his studies at the Juilliard School with Ivan Galamian and Dorothy DeLay, he won the prestigious Leventritt Competition in 1964, which led to a burgeoning worldwide career. Since then, Itzhak Perlman has established himself as a cultural icon and household name in classical music.