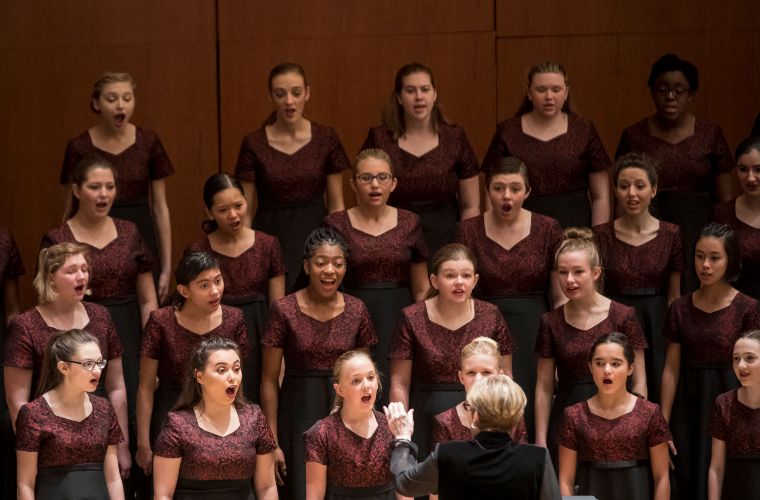 The Gwinnett Young Singers of Atlanta is a Grammy-winning Children’s Choir who have been frequent guests of the Atlanta Symphony Orchestra since 1996. The choir won a Grammy Award for their performance in the highly acclaimed CD recording of John Adams’ On The Transmigration Of Souls with the ASO & Chorus. In 2004 they were nominated for a Grammy Award for their performance in the internationally acclaimed recording of Carl Orff’s Carmina Burana with the ASO and Chorus. After performing two seasons of Christmas With Robert Shaw in 1996 & 1997, the singers have performed for an additional twelve annual holiday seasons in Christmas With the ASO. The Young Singers are also featured on the Telarc recording of Puccini’s La Boheme with the ASO and Chorus. The Young Singers have performed for thousands of Music Educators at the American Choral Directors Association (ACDA) conferences in South Carolina and Tennessee, and two performed at two recent performances at the GMEA conference in Savannah, Georgia.