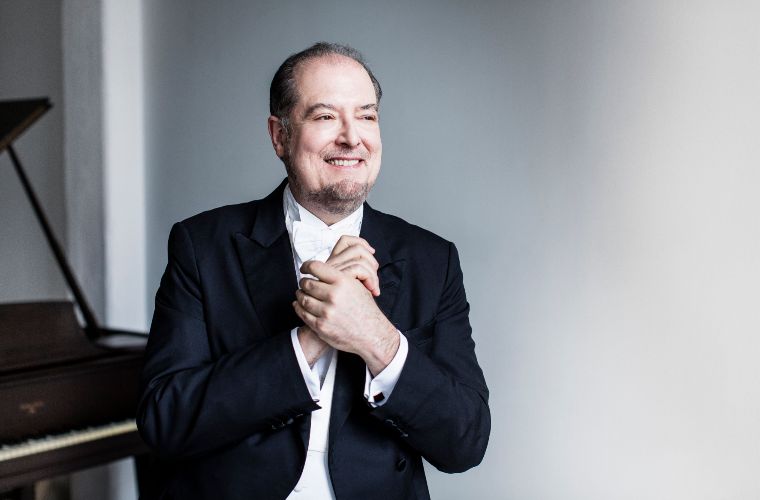 Home About the ASO Garrick Ohlsson

Pianist Garrick Ohlsson has established himself worldwide as a musician of magisterial interpretive and technical prowess. Although long regarded as one of the world’s leading exponents of the music of Chopin, Mr. Ohlsson commands an enormous repertoire ranging over the entire piano literature and he has come to be noted for his masterly performances of the works of Mozart, Beethoven and Schubert, as well as the Romantic repertoire. To date he has at his command more than 80 concertos, ranging from Haydn and Mozart to works of the 21st century.

In 2018/19 season he launched an ambitious project spread over multiple seasons exploring the complete solo piano works of Brahms in four programs to be heard in New York, San Francisco, Montreal, Los Angeles, London and a number of cities across North America. In concerto repertoire ranging from Mozart and Beethoven to Brahms and Barber, he returned to the Nashville, Oregon, Dallas Symphonies, Washington Kennedy Center with Melbourne Symphony and internationally with orchestras in Seoul, Helsinki, Zagreb, Tallinn, Manchester and London.

A frequent guest with the orchestras in Australia, Mr. Ohlsson has recently visited Perth, Brisbane, Melbourne, Sydney, Adelaide and Hobart as well as the New Zealand Symphony in Wellington and Auckland. In February 2020 he accomplished a seven city recital tour across Australia just prior to the closure of the concert world due to Covid-19.  An avid chamber musician, Mr. Ohlsson has collaborated with the Cleveland, Emerson, Tokyo and Takacs string quartets, including most recently Boston Chamber Players on tour in Europe. Together with violinist Jorja Fleezanis and cellist Michael Grebanier, he is a founding member of the San Francisco-based FOG Trio. Passionate about singing and singers, Mr. Ohlsson has appeared in recital with such legendary artists as Magda Olivero, Jessye Norman, and Ewa Podleś. Mr. Ohlsson can be heard on the Arabesque, RCA Victor Red Seal, Angel, BMG, Delos, Hänssler, Nonesuch, Telarc, Hyperion and Virgin Classics labels.

A native of White Plains, N.Y., Garrick Ohlsson began his piano studies at the age of 8, at the Westchester Conservatory of Music; at 13 he entered The Juilliard School, in New York City. He has been awarded first prizes in the Busoni and Montreal Piano competitions, the Gold Medal at the International Chopin Competition in Warsaw (1970), the Avery Fisher Prize (1994), the University Musical Society Distinguished Artist Award in Ann Arbor, MI (1998), the Jean Gimbel Lane Prize in Piano Performance from the Northwestern University Bienen School of Music (2014), and the Gloria Artis Gold Medal for cultural merit from the Polish Deputy Culture Minister.