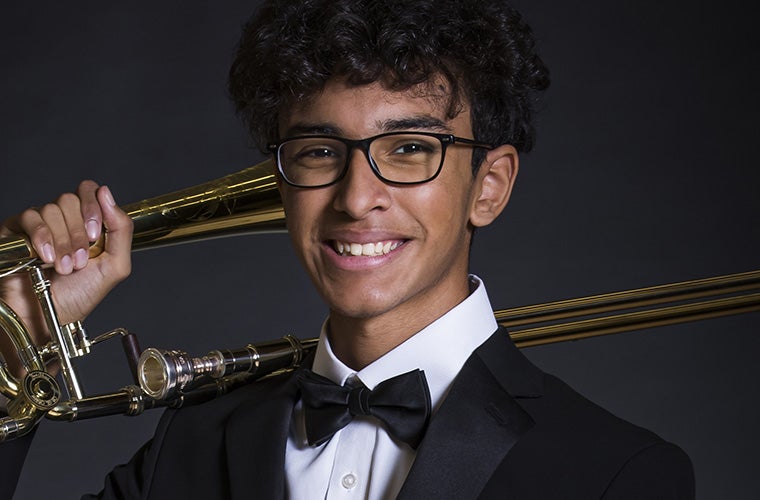 Gabriel Silva is a freshman at Burford High School. He began playing trombone in the 5th grade at Buford Academy, now known as Buford Senior Academy. In the 7th grade, Gabriel was selected for the GMEA District Band and the Auburn Middle School Honor Band. That following year, he was selected as 2nd chair for the GMEA All-State Band. He also received a Superior rating for his solo in his schools' Solo & Ensemble Competition. In spring of 2021, Gabriel was selected as a fellow in the Atlanta Symphony's Talent Development Program at the age of 14, where he stated a new stage in his purpose of being a musician, currently studying under the instruction of Jeremy Buckler of the ASO. He currently plays with the Buford High School Wind Ensemble and Jazz Band. He also taught himself the euphonium and piano and plays baritone in the marching band. Gabriel hopes to attend Juilliard School of Music and hopes to eventually be a member of the Atlanta Symphony one day. In his spare time, he enjoys playing basketball and art.