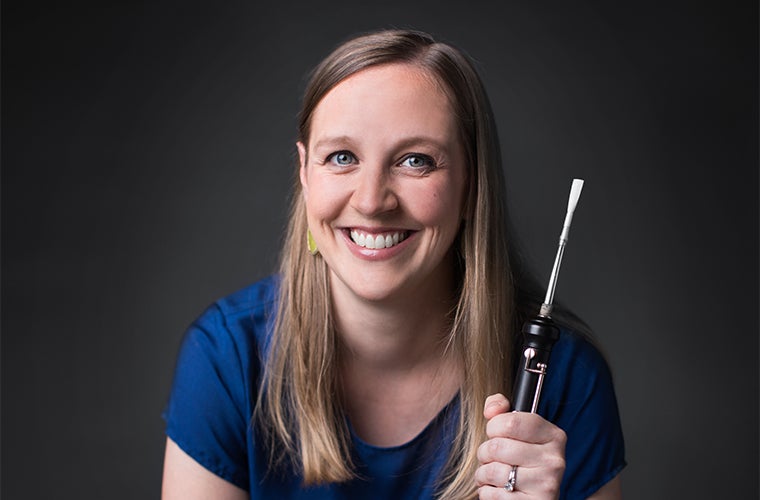 Emily Brebach joined the Atlanta Symphony Orchestra playing English horn and oboe in the fall of 2012.

Brebach is an Artist Affiliate Instructor of Oboe at Emory University, a faculty member of the Atlanta Symphony Orchestra's Talent Development Program, and also maintains an active private studio out of her home. She spends her summers in residence as English horn and oboe as well as artist faculty at the Brevard Music Center in Brevard, NC. She has also performed at the Grand Teton Music Festival, the Des Moines Metro Opera, Strings Music Festival (Steamboat Springs, CO), Festival Mozaic (San Luis Obispo, CA), Tanglewood Music Center and the Aspen Music Festival.

Brebach holds degrees from Oberlin Conservatory and Rice University’s Shepherd School of Music and has studied with Louis Rosenblatt, James Caldwell, Robert Atherholt and Robert Walters. She has performed in recitals at Merkin Hall in New York, NY; Reinberger Hall in Cleveland, OH; and at The Kennedy Center in Washington, DC, where she represented Oberlin Conservatory as part of The Conservatory Project. Locally, she performs with the Riverside Chamber Players in Roswell, GA.

Why did you choose your instrument?
My father plays the flute and my mother plays the piano, and they really wanted me to play the oboe so we could play family Baroque trio sonatas (I definitely had a unique upbringing...).  In 4th grade, they sent me to school with a note for the band director requesting that I try the oboe.  When I tried the oboe, the band director seemed to think I had a knack for it, and the rest is history!

What do you do in your free time outside of work?
I love cooking, reading about food, researching recipes, and going to unique grocery stores and specialty food shops to browse for ingredients. I also spend a fair amount of time keeping myself in shape so that I can have a long and pain-free career. Classical musicians do a lot of repetitive motions and as a wind player, I also need to have good lung capacity.

What is your post-concert routine?
Sometimes it's a bit of bourbon backstage with colleagues, sometimes it's going straight home and hanging out with my husband and dog.