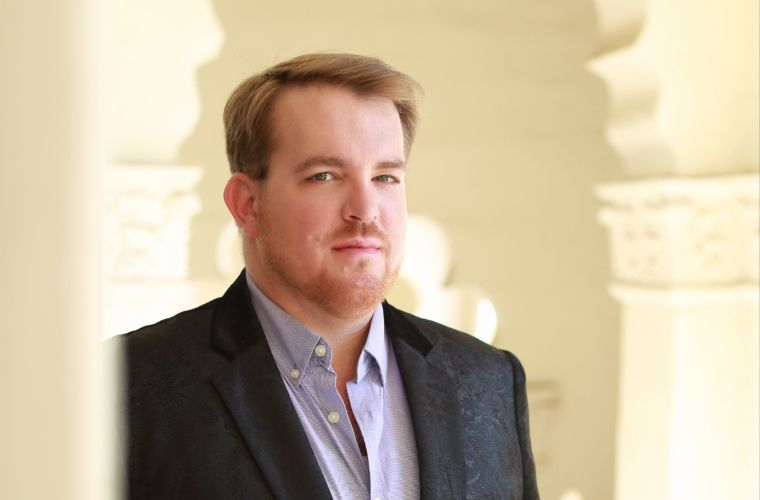 Home About the ASO Clay Hilley

American heldentenor, Clay Hilley, is poised for a prominent international career in the most demanding roles of the operatic repertory.  From Bacchus to Siegfried and Canio to Samson, The New York Times has acclaimed the Georgia native for his “vocal heft, clarion sound and stamina.”

Honing his repertoire and stage experience at first by covering in the leading international opera houses of North America, engagements have included Parsifal with Yannick Nézet-Séguin at the Metropolitan Opera, Der Ring des Nibelungen with Donald Runnicles and Turandot conducted by Nicola Luisotti at San Francisco Opera, Siegfried at the Canadian Opera Company led by Johannes Debus, and Samson et Dalila under the baton of Emmanuel Villaume at The Dallas Opera.

Clay Hilley joined Lyric Opera of Chicago in 2019-20 for performances of Dead Man Walking and to cover Siegfried in Der Ring des Nibelungen.  Other engagements included the Drum Major in the Metropolitan Opera’s new production by William Kentridge of Wozzeck, and a semi-staged presentation of Die Tote Stadt at Bard SummerFest.

In recent seasons, Clay Hilley has performed the title role of Dvořák's Dimitrij in a new production by Anne Bogart for the Bard Music Festival conducted by Leon Botstein, the title role of Mozart’s Idomeneo both in a new production by Arila Siegert at the Salzburger Landestheater under the baton of Mirga Gražinytė-Tyla and at the Theater Würzburg in a production by Stefan Suschke conducted by Enrico Calesso, Radamès in Aida with Opera Southwest and Baltimore Concert Opera, Canio in Pagliacci with Virginia Opera, and Erik in Der fliegende Holländer with Austin Lyric Opera.

The Wagner Society of New York presented Clay Hilley in recital, singing a program of Mahler, Janáček, Mozart, Dvořák, and Wagner following the Society’s recognition of the tenor with its Top Prize, the Robert Lauch Award, in 2015.  He received his Bachelor of Music degree in Music Education at the University of Georgia, a Master of Music degree in Vocal Performance from Georgia State University, a Professional Studies Certificate from the Manhattan School of Music, and a Performer's Certificate from the Opera Institute at Boston University.