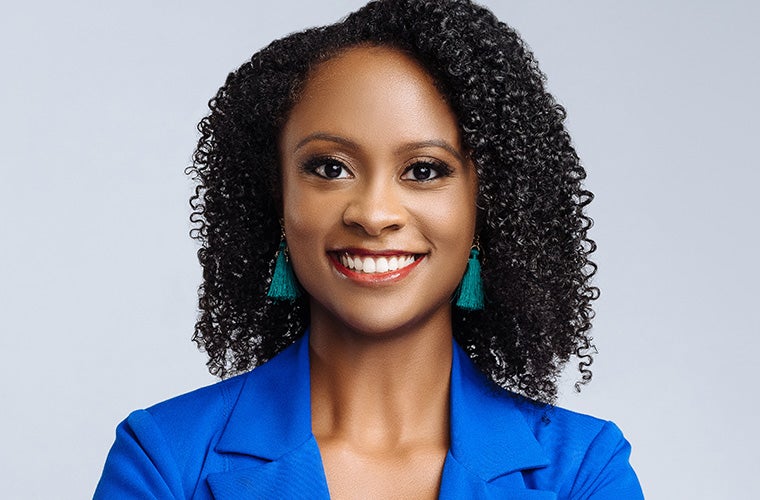 Home About the ASO Angelica Hairston

Harpist, Educator, and Activist Angelica Hairston is known for her fiery performances and passion for social change. Throughout her career, she has made it a priority to create social impact through the power of the arts. In 2016, she founded the organization Challenge the Stats, an organization dedicated to empowering BIPOC artists and amplifying the call for justice both on and off the concert stage.

In addition to her work with CTS, Angelica serves as the Artistic Director of the Urban Youth Harp Ensemble where she provides free harp instruction to over 90 students at Drew Charter School in Atlanta, GA. She was recently celebrated as one of the youngest recipients of the 2019 Governor’s Awards for the Arts & Humanities and 2020 Atlanta Magazine's Women Making a Mark Award; both awards recognizing her significant contributions to the state of Georgia's civic and cultural vitality through excellence and service.

As an engaging speaker and consultant, Angelica has served organizations such as the New World Symphony Orchestra, Boston Conservatory at Berklee, NPR's From the Top and Boston University Tanglewood Institute. Angelica is an alum of Sphinx Organization's SphinxLEAD, was a keynote speaker at the Woodruff Arts Center Educator Conference, and was a member of the League of American Orchestras' Essentials of Orchestra Management.

Angelica holds a Master of Music Industry Leadership from Northeastern University as a 2015 MLK Fellow and a Bachelor of Music from The Glenn Gould School of The Royal Conservatory of Music in Toronto, Canada where she studied with world-renowned harpist Judy Loman.

“A beautiful and convincing artist”