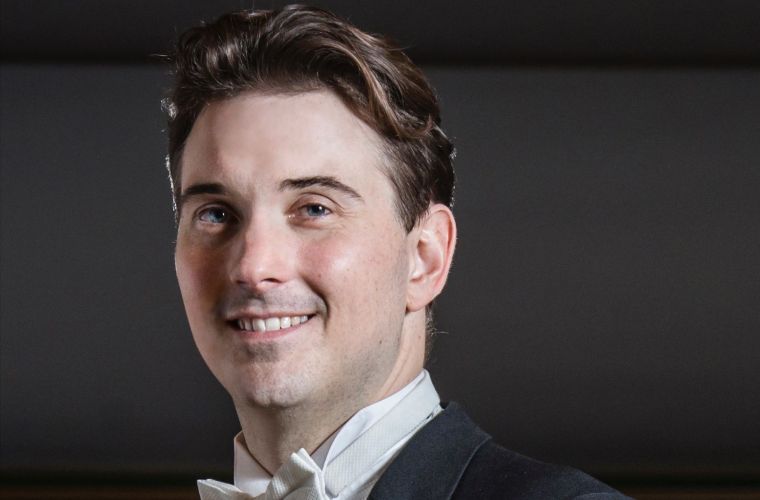 Home About the ASO Alexander Soddy

British conductor Alexander Soddy has been General Music Director of the Mannheim National Theater since the 2016/17 season. His programmatic focus is on the classical German and Italian opera repertoire. Examples are the internationally celebrated new productions of Pelléas et Mélisande and Peter Grimes. In the 2021/22 season, his last as General Music Director, he will lead new productions of Tristan und Isolde and Der Ring des Nibelungen, as well as revivals of The Flying Dutchman and Hansel and Gretel.

At the Metropolitan Opera, he celebrated great successes with La bohème in 2017 and will return with Madama Butterfly in spring 2022. He will return to the Berlin State Opera with Fidelio and to the Oper Frankfurt with Warten auf heute (Schönberg/Martin). In the past few seasons, Soddy has regularly conducted at the Bavarian State Opera in Munich (Die Zauberflöte, La bohème) and at the Staatsoper Berlin (Die Zauberflöte, Der Freischütz, La bohème). After his successful debut (Barbiere) he returned to the Vienna State Opera with Elektra, Salome and Carmen. Further guest engagements have taken him to the Royal Swedish Opera Stockholm (La bohème, Madama Butterfly), the Semperoper in Dresden (Der Freischütz) and the English National Opera in London (Midsummer Night’s Dream).

Soddy was born in Oxford and received his education at the Royal Academy of Music and Cambridge University. After graduating in 2004, he was immediately appointed as répétiteur and conductor at the National Opera Studio in London and is the recipient of numerous awards.