This finale of the ASYO season will show exactly how far these talented young musicians have come this season under ASYO Music Director Jerry Hou's direction. The program includes two pieces featuring our Concerto Competition winners.

The performance begins with Bizet's masterful Carmen Suite No. 1. The opening prelude introduces the ominous theme associated with both Carmen and her fate at the hands of her lover, Don Jose. The following aragonaise (a dance from the region of Aragon in Spain) is the festive yet sinuous music that opens the final act of the opera as crowds arrive for a parade outside the bullring. An intermezzo, a serenely melancholic section based on the prelude to the final act, leads to a seguiedille that Carmen sings to seduce Jose. The suite ends with a jaunty military march, "Les Dragons d'Alcala," followed by the famous march "Les Toreadores," the entry of the bullfighters, which is actually the opening piece of the opera.

Then the ASYO's own cellist Jonathan Fuller performs the fourth movement of Elgar's contemplative Cello Concerto in E minor which was written following World War I and has become a cornerstone of solo cello repertoire. Then ASYO violinist Tobias Liu performs the first movement of Sibelius' only concerto, the symphonic Violin Concerto in D minor which features all sections of the orchestra equally.

Closing the concert and the 2021/22 ASYO season is Mussorgsky's Pictures at an Exhibition, which Mussorgsky wrote as an homage to his friend, artist Victor Hartmann, and are a series of musical depictions of ten watercolor canvases. 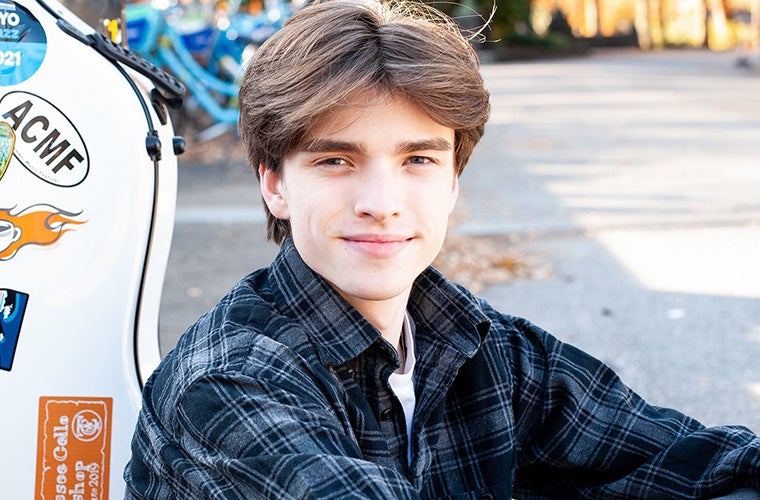 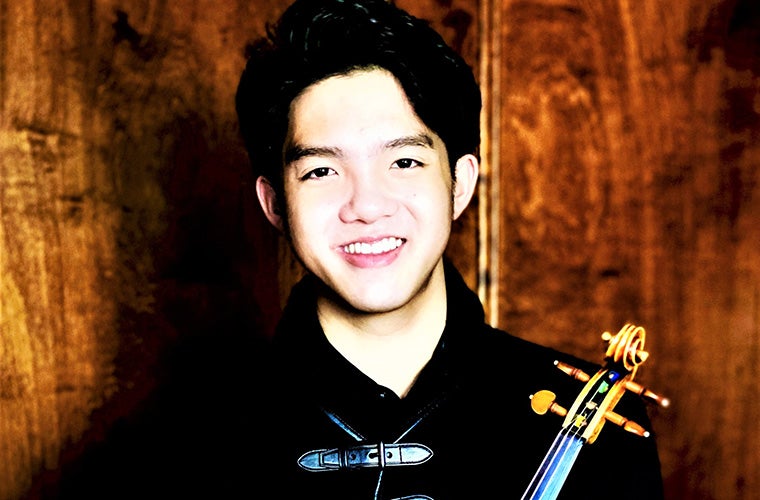 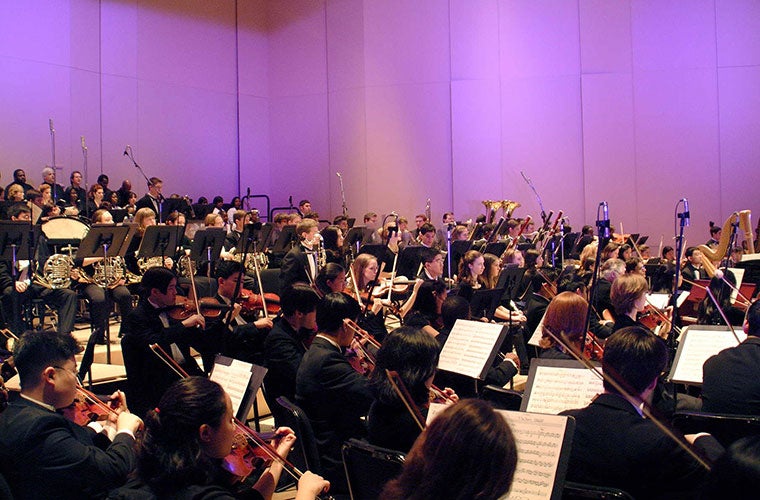 Atlanta Symphony Youth Orchestra
The city of Atlanta has a rich arts history, and it also has a rich history of civil rights activism. Throughout the city, you can find wonderful street art, such as this mural, “We Shall Always March Ahead”, by @artofyungai. It is important to celebrate these civil rights legends, but it is also important to continue the fight for equality. Take some time to explore the rich history of the city and the beautiful street art that surrounds us. #RalphDavidAbernathy #HoseaWilliams #MartinLutherKingJr. #CorettaScottKing #JohnLewis #StreetArt #Mural #WeShallAlwaysMarchAhead #lovemyASO #AtlantaSymphonyOrchestra #Atlanta #weloveATL #AtlantaMusic #ExploreAtl #ExploreGeorgia #ClassicalMusic #singer #symphony #orchestra
A trip to Atlanta would not be complete without a stop at my old high school. @dekalbschool_arts has turned out wonderful performers for decades, and I am proud to be a distinguished alumnus of DSA! Go Ants! 🐜😅🎵 #DeKalbSchoolOfTheArts #DSA #lovemyASO #AtlantaSymphonyOrchestra #Atlanta #weloveATL #AtlantaMusic #ExploreAtl #ExploreGeorgia #ClassicalMusic #singer #symphony #orchestra
It is a beautiful morning here in Atlanta! My name is Reginald Snith, Jr., and I’m excited to show you a little bit of my city. Be sure to follow the story as we explore the city and prepare for tonight‘s rehearsal! #lovemyASO #AtlantaSymphonyOrchestra #Atlanta #weloveATL #AtlantaMusic #ExploreAtl #ExploreGeorgia #ClassicalMusic #singer #symphony #orchestra
🚨Takeover Alert🚨 Tomorrow, May 18, @reggiesings will take over the @atlantasymphony Instagram account! He's an Atlanta native and part of an all-star cast of vocal soloists performing with the ASO in our Voices of Verdi concert this Thursday and Friday. Go behind the scenes with him as he prepares for the show! . . . #lovemyaso #atlantasymphony #atlantasymphonyorchestra #singersofinstagram #singer #verdi #opera #behindthescenes #thingstodoinatlanta
Just announced! Join us in June for two FREE concerts in Piedmont Park: Wednesday, June 15, 7:30pm: 🇫🇷 From Paris to Piedmont Wednesday, June 22, 7:30pm: ⭐️ Hooray for Hollywood Visit aso.org/piedmont for all of the details. . . . #livemusicatl #thingstodoinatlanta #atlantaconcerts #atlanta #ATLparksandrec #piedmontpark #symphony #orchestra #outdoorconcert #lovemyaso #atlantasymphonyorchestra #atlantasymphony @piedmontpark
Announcing our 2022/23 Family Concerts! Enjoy these great concerts for kids, complete with interactive programming, art-making and special guests: 🎃 Halloween Spooktacular: October 16, 3pm 🚂 The Polar Express in Concert: November 27, 3pm 🐯 Symphony Safari: March 5, 3pm Subscribe to the Family Concert Series today to secure your tickets to all three performances: aso.org/family
🛑 Stop scrolling and 🏝 take a little mental vacation with us! Float away with a bit of “Nimrod” from Edward Elgar’s “Enigma Variations.” Hear all of the “Enigma Variations” and more in Symphony Hall this Thursday & Saturday at 8pm. Tickets at link in bio. . . . #lovemyaso #atlantasymphony #atlantasymphonyorchestra #elgar #symphony #orchestra #classicalmusic
The Atlanta Symphony Orchestra stands in solidarity with the @blackorchestralnetwork. We envision a world where Black classical artists are connected and form a rich, expressive, and culturally affirming community. We invite you to join us in supporting the Black Orchestral Network. Sign the petition at: www.blackorchestralnetwork.org. #DearAmericanOrchestras
May 7 is an auspicious date in music: today is the birthday of Brahms, Tchaikovsky and Robert Spano! Happy birthday, Maestro—we can't wait to celebrate with you and Mahler's Third Symphony soon. 🎉🎶
Join all of us at the ASO in wishing incoming Music Director Nathalie Stutzmann (@nathstutzmann) the happiest of birthdays today! 💐🎂🥳
We are proud to announce the next film in our Movies in Concert series! Disney and Pixar’s Coco in Concert will feature a screening of the complete film with Oscar® and Grammy®-winning composer Michael Giacchino’s musical score performed live to the film on October 29 & 30, 2022. Conductor Thiago Tiberio will lead both performances at Atlanta Symphony Hall. Tickets available this Friday at 10:00 AM at Ticketmaster.com. @disneyconcerts
We couldn't let the day go by without saying: #MayThe4thBeWithYou
What is preparing a performance like when a concerto’s soloist is also its composer? 🎶 In this clip from our latest Behind the Curtain release, bassist/composer Xavier Foley and conductor Jonathon Heyward give ASO Video Director Hilan Warshaw the inside story. Watch the interview, the world premiere of Foley’s concerto “Soul Bass,” and more on Behind the Curtain. Access is free for season subscribers. Not a subscriber? Watch with a Virtual Membership → aso.org/BTC. . . . #lovemyaso #atlantasymphony #atlantasymphonyorchestra #musicinterview #conductor #composer #worldpremiere #doublebass #bassistsofinstagram @xavierfoleybass @converseconductor
We're preparing to announce the next Movies in Concert Series film of the 2022/23 season. If you could watch any movie on the big screen in Symphony Hall with the ASO playing the score, what would it be? Sound off in the comments! Aaaand ACTION. 🎬 . . . #lovemyaso #atlantasymphony #atlantasymphonyorchestra #filmmusic #moviesinconcert #moviemusic
Tune in 📺 and vote 🗳 for the Sycamore Trio today as they perform in the @wdavfm Young Chamber Musicians Competition at 3pm! The Sycamore Trio—Tobias Liu on violin, Brandon Leonard on cello and Grace Peng on piano—of the Atlanta Symphony Youth Orchestra Chamber Players, is one of the final two junior groups selected for this prestigious national chamber competition. 𝐖𝐚𝐭𝐜𝐡: Stream the concert live on WDAV's Facebook or YouTube pages at 3pm EDT today (April 24). 𝐕𝐨𝐭𝐞: Vote for the Sycamore Trio to receive the $1,000 People's Choice Award. Text-to-vote information will be provided at the end of the competition livestream. More information at wdav.org. . . . #lovemyaso #atlantasymphonyyouthorchestra #chambermusic #youngmusicians #livestreamconcert
🐰 Bunny ears? —check 👒 Easter bonnet? —check 🕶 Sunglasses? —check These children came ready for an ASO Easter concert at Lenox Square, circa 1960. Happy Easter! . . . #fromthearchives #lovemyaso #atlantasymphony #atlantasymphonyorchestra #easter #easterbunny #easteroutfit #1960s #1960sfashion #vintage #vintagestyle #atlantahistory #archival