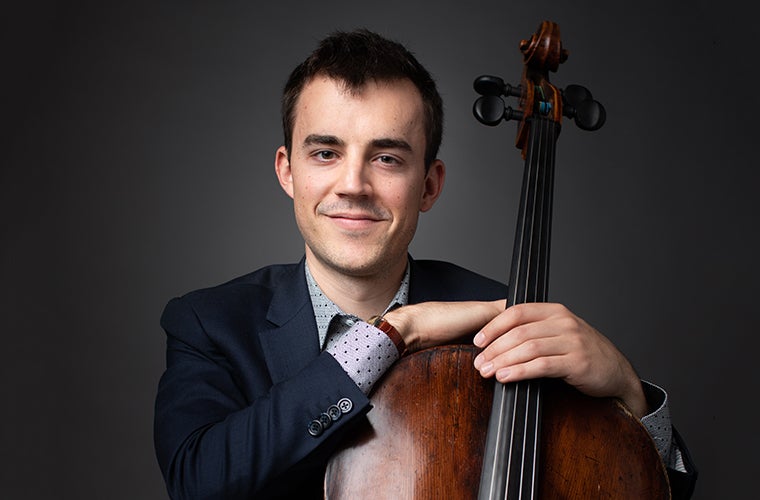 Recent performance highlights include Schumann’s Cello Concerto in A minor and Strauss' Don Quixote with the Utah Symphony, and C.P.E. Bach's Cello Concerto in A Major for NOVA in Salt Lake City. He has participated in numerous international festivals, including the Schleswig-Holstein Musik Festival (Germany), Britten-Pears Programme at Aldeburgh (UK), and the Académie Musicale Internationale de Vaison-la-Romaine (France). Eudeikis was a two-year fellowship recipient at the Aspen Music Festival, and was a member of the New York String Orchestra at Carnegie Hall, where he was Principal Cellist in 2011.

Born in Texas, Eudeikis began cello studies at the age of six. Following studies in Colorado with Jurgen de Lemos, he attended the University of Michigan as a student of Richard Aaron, completing his B.M. in 3 years with highest honors. He received his M.M. from Indiana University, where he studied with Eric Kim. In 2014, Eudeikis completed his Artist Diploma at the Curtis Institute of Music, studying with Carter Brey and Peter Wiley.

What do you do in your free time outside of work?
I enjoy playing golf, reading, and spending time with my wife and dogs.

Do you come from a musical family?
I do, my mother is a professional clarinetist.

Earliest musical hero?
Yo-Yo Ma. His CDs were a constant feature of my early childhood.

What other instrument do you wish you played?
I have an accordion that I've been moving around with me, it would be nice if I could play it!