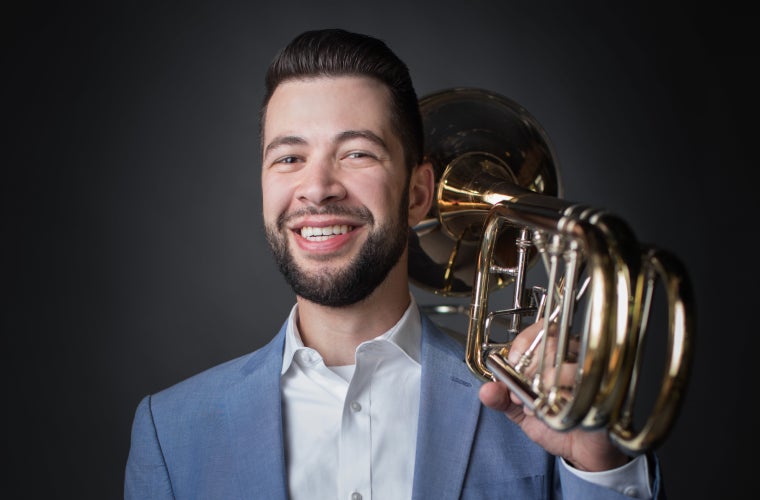 Brian received his Master of Music degree from Northwestern University, where he studied with Michael Mulcahy, Charles Vernon, and Peter Ellefson. He earned his Bachelor of Music degree from The University of Texas at Austin, where he studied with Dr. Nathaniel Brickens. Other influential teachers include Jon Bohls of the Dallas Metroplex area and Charles Villarrubia at UT-Austin.

Why did you choose your instrument?
I initially asked to play the French Horn because I thought it looked cool, but my lips were too big. Then I asked for percussion, but I couldn’t keep a beat to save my life. At that point, the band director recommended trombone. I was immediately able to get a sound out, and ever since, it has been a hobby that turned into an obsession.

What's the most interesting or difficult facet of your instrument?
Counting hundreds of rests and then joining the orchestra on a really exposed, soft trombone chorale.

Any famous people in your family?
My grandfather was one of the contributing scientists that invented eye drops. He’s pretty famous in my eyes.

Most memorable/favorite ASO memory or moment?
Shostakovich Symphony 7, Robert Spano on the podium. When we reached the climax of the 4th movement, the entire orchestra came together in perfect sync, both rhythmically and harmonically. It created a resonance that vibrates your whole body. We had a double trombone section that put me right in the center of the brass. It’s a concert I’ll never forget!